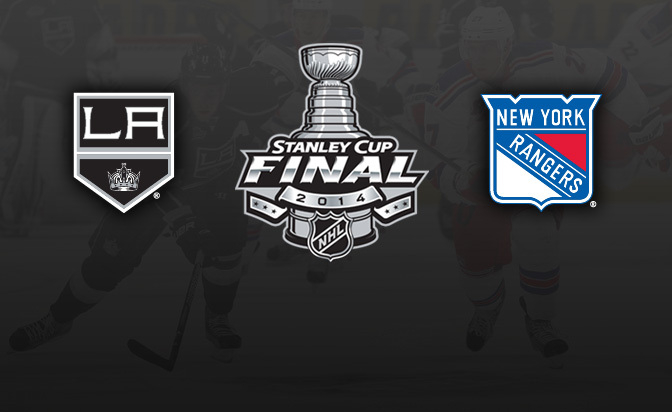 The 2014 Stanley Cup Finals should be an incredible show of offensive talent and defensive strength. The New York Rangers and the Los Angeles Kings are both teams with significant amounts of offensive talent. However, the Kings possess offensive talent that stems from goal scorers who can also dump the puck and rack up a few assists. Such as Kings’ Forward Marian Gaborik, who leads the team in goals during the 2014 Playoffs with twelve. Gaborik has also maintained an 18.5% shooting percentage and managed to tally seven assists thus far.

The Kings have another offensive weapon in their star Center, Anze Kopitar. Kopitar has managed to rack up nine goals and a whopping 19 assists, making him the best skater in the 2014 Playoffs up to this point. The Kings are stacked to the brim with offensive talent, which places an incredible amount of pressure on the Rangers’ defense, who have done well so far, boasting a 2.25 GA/G average (Goals Allowed per Game). However, the Rangers defense has yet to see the likes of the King’s offensive playoff leaders, Anze Kopitar and Marian Gaborik, and will have their work cut out for them.

The trick for the Rangers will be to score early and score often. New York has won ten out of thirteen games when leading in the beginning of the game, and won two out of seven when trailing in the beginning of the game. An early start for New York would allow star defender Ryan McDonagh and the defense to remain calm and play the way they did in their Eastern Conference Championship Series against the Pittsburgh Penguins.

In the end, I believe that the Kings’ offensive strength, combined with their power play conversion percentage (currently at 25.4%) will propel them past the New York Rangers in their quest for Lord Stanley’s Cup.

For more on the NHL Stanley Cup Finals and other news around the league, follow the author, our NHL Analyst, @jneff_96, on Twitter.