You are here: Home / Entertainment / Star Wars trailer launches amidst racism from some “core fans” 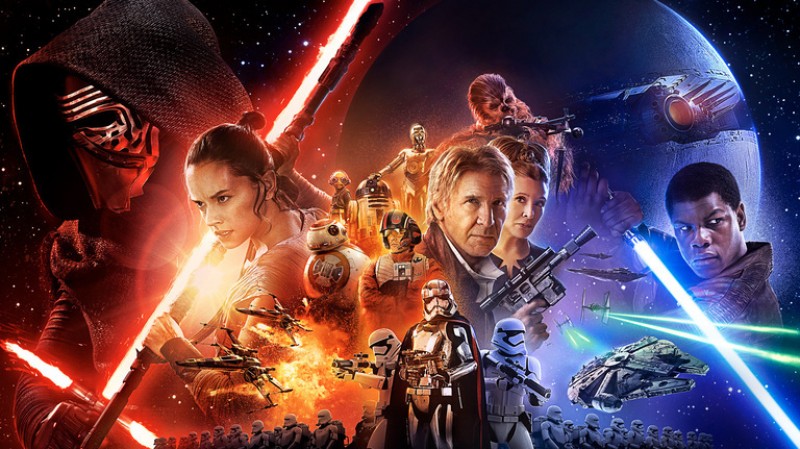 What is supposed to be (and for all intensive purposes is) a good thing the second official Star Wars trailer launched Monday night. While the story line is being piecemealed it is clear that an African-American Jedi played by British actor John Boyega is one of the lead characters. While the sane and mostly lucid might not even have made that a ‘thing’, that simple fact has the internet ablaze with racism and backwards thinking sparking a #BoycottStarWarsVII campaign on social media. Terms like ‘white genocide’ and ‘social injustice’ are being used as rallying cries as a result of a casting decision in a sci-fi movie. While no one would dispute the film’s place in movie history the decision to cast an African-American in a lead role of the reboot of the series hardly borders on social injustice

Yet here we are in 2015 back were we first started. The saying what was old will be new again seems to apply to racism and true social injustice. While greater understanding of the issue lies in knowing that these thoughts never left the minds of those spewing the slander. I’m not an activist, a Stars Wars fanboy or someone with a vested interest in the movie outside of nostalgia. But I am a person who loves diversity, social change and movies in general. The mere notion that a movie of this caliber can spark racial insensitivity is truly disheartening.

The boycott-crazed may not see this film in theaters but they will find a way to see it somehow. No matter how amazing or porous Boyega’s performance is they will stand by the their claim that he shouldn’t have ….EARNED the role in the first place or that a “different” actor would have played the role better.

Controversy breeds curiosity and Star Wars was slated to make bushels of hard earned dollars from every race, creed and culture around the world before this boycott. Now (and this is only speculation on my part) the African-American community might come out in larger numbers as result of the films unnecessary controversy. Large social issues are in play when they don’t need to be. But maybe, just maybe the appropriately titled film ‘The Force Awakens’ can live up to its name in part by awakening the force of good and the just even though it’s just a sci-fi movie at the end of the day.