You are here: Home / Basketball / Stay Cool with Dwyane Wade and George Gervin 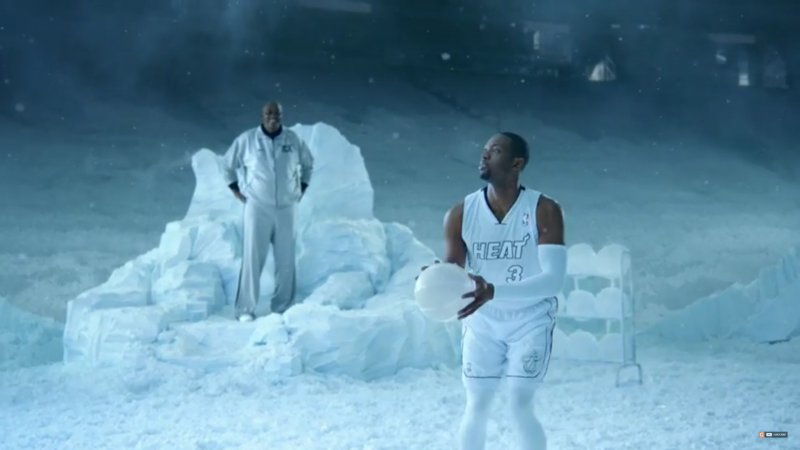 Dwyane Wade and George Gervin team up in the latest Gatorade spot “Stay Cool” where Wade is advised by “The Iceman” on how he needs to act during pressure situations. The two exchange witty quips that includes Wade saying “Cool, like a yeti eating frozen spaghetti” as he swishes a frozen basketball through a glacier-encrusted rim.

The campaign launches the newest flavors from the brand’s Gatorade Frost line, the 7-11 exclusive Summit Storm, as well as, Artic Blitz and Icy Charge. Gatorade Frost helps athletes stay “cool under pressure” while also offering a clean and crisp flavor profile and the same fueling benefits that people have come to expect from the sports fuel leader.

Gatorade definitely has one cool customer in Wade but his Miami Heat team will want to get white hot during the postseason as the franchise pursues it’s fourth NBA championship.