You are here: Home / Basketball / Summer of Thunder: Are changes coming in OKC? 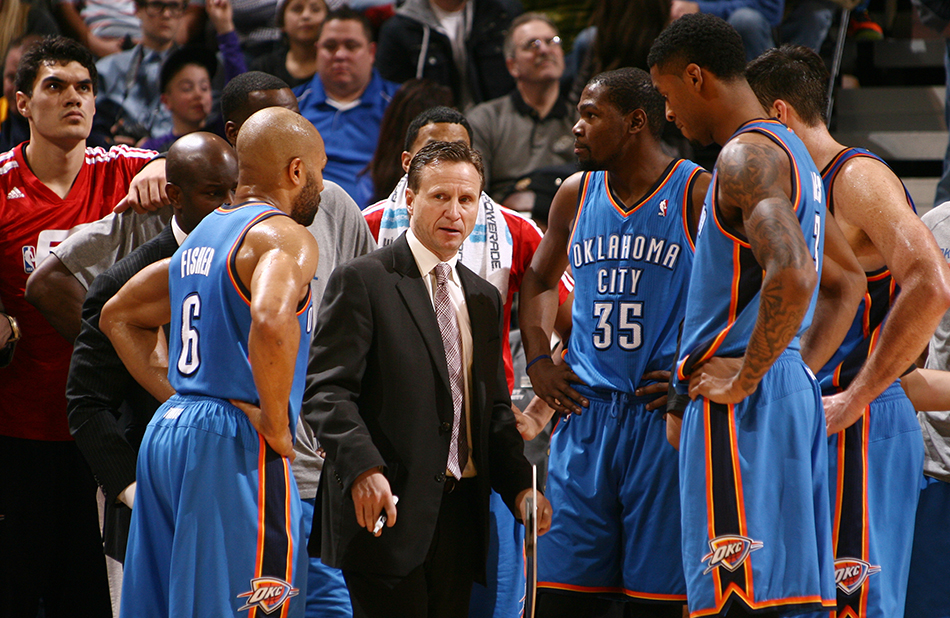 There is no doubt that this summer will be the most important offseason since the Thunder moved to Oklahoma City.  With Derek Fisher moving on to join the coaching ranks along with the likely fact Thabo Sefolosha and Caron Butler have played their last game for the franchise–changes will have to be made to the roster.

The Thunder could go the free agent route to sign a shooting guard, but they own two picks in the draft and could use one in a trade to get a player ready to contribute right away.  There are a couple of players to look at that could help OKC.  Iman Shumpert or Aaron Afflalo would make for solid additions to the Thunder roster should general manager Sam Presti be savvy enough to engage those teams in trade talks.

Shumpert struggled from the field last season (37%) but is a quality defender and has the athleticism that the Thunder organization likes in a player. In the 2011-12 season he did average 9.5 points per game and in the spread attacking offense of the Thunder, he could get back to that level of production.

The trade for Shumpert could also be easy to complete.  Rumors are that the Knicks are interested in acquiring a first-round pick.  With the Thunder owning two picks, the Knicks look like a prime trade partner as it would be unlikely that OKC would to add two more rookies to the roster next season.

Maybe a better move for the Thunder is Orlando Magic guard Aaron Afflalo.  While Afflalo arguably does not play the same level of defense that Shumpert does, he’s a far superior offensive threat (18.8 points per game this past season) and could hit the shots that Sefolosha regularly missed.  This trade is more of a long shot but the Thunder do have pieces to complete this deal especially if the Magic want more young players (which almost seems like overkill).

More importantly though, if one of these trades were to happen the Oklahoma City would be able to keep Reggie Jackson coming off the bench.  Jackson does not play the type of defense necessary to be in the starting lineup, but has shown the ability to be a potent sixth-man.

If OKC opts to keep Kendrick Perkins as opposed to using the amnesty provision, I would like to see them move him to the bench.  Not amnestying Perkins would be good move because the Thunder do need him in certain situations, but with the emergence of Steven Adams, Perkins needs to play limited minutes.

There is a very good chance the lineup will look different in the upcoming season. If the Thunder can sure up their weak spots, this team will have the talent to make it back to the Finals.