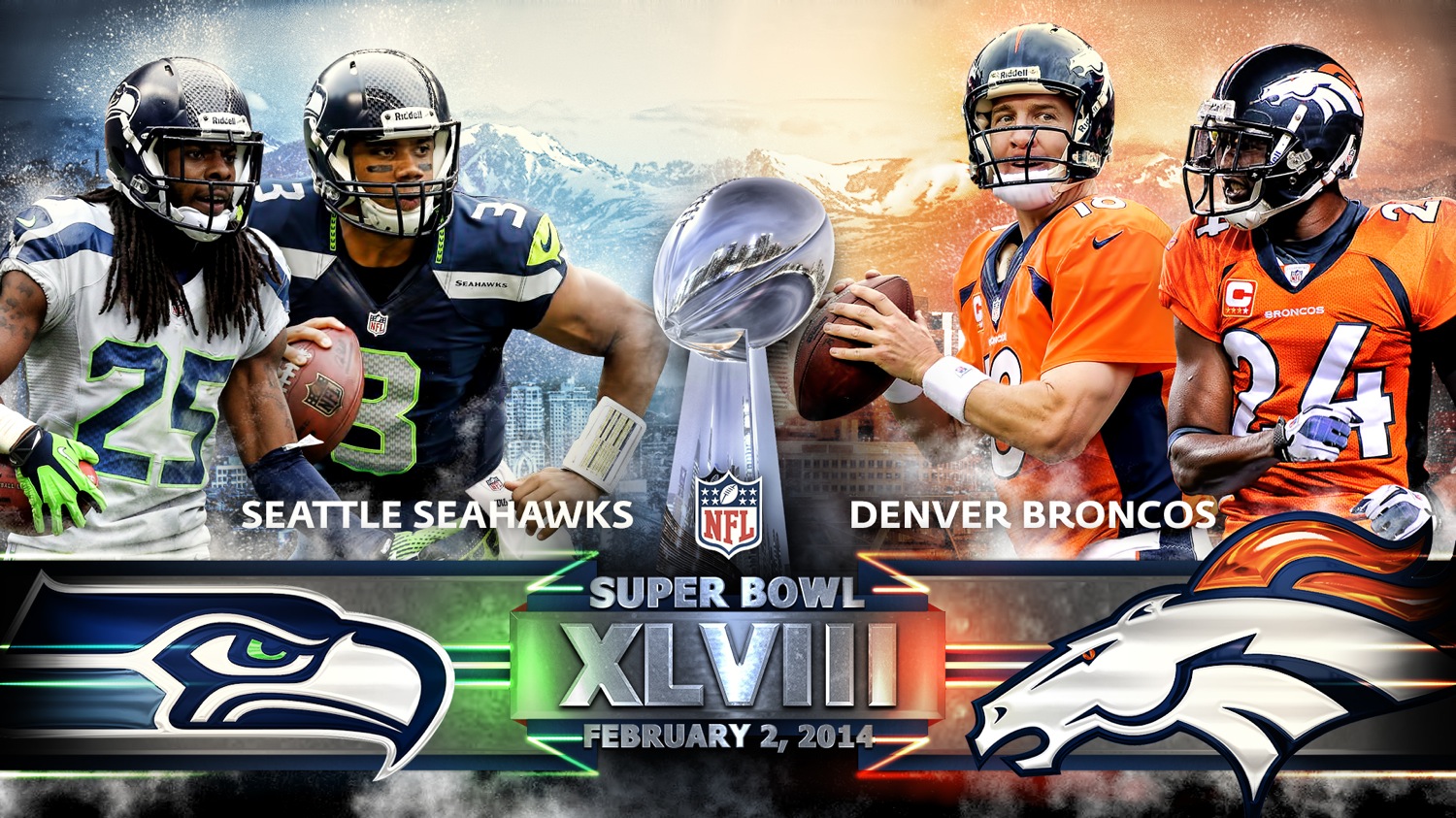 Super Bowl weekend has finally arrived and the Seattle Seahawks will be facing off against the Denver Broncos on Sunday for an epic clash of the titans.  The highly anticipated game has been a favorite since the preseason and we are in for a classic.  For the key matchups to watch for read:

Matchups to watch for during the Super Bowl!

#1 Defense in the NFL.  They’ve allowed the fewest points, fewest yards and the fewest pass yards per game.  The Seahawks D is definitely top notch and has carried this team through the season.

‘Beast Mode’.  Marshawn Lynch has the 6th most rushing yards with 1,257 and ties for 1st with 12 rushing touchdowns.  The 5’11, 215-pound back is a bruiser and one of the toughest running backs to bring down in the league.  Lynch is definitely the focal point of the offense and the key to the Seahawks winning the game.

Passing Game.  The passing attack for the Seahawks is in a word mediocre.  Percy Harvin’s return should help elevate the attack but his health issues are making him less cause for concern.

Youth. The Seattle Seahawks team is one of the younger teams in the NFL and they’ve been trying to convince the world that age is nothing but a number.  However, on the biggest stage in sports entertainment, experience is too valuable to be overlooked.

Keys to Victory:  The Seahawks can’t afford to get into a shootout with the Broncos.  Getting pressure to Peyton Manning could have a great reward in the end.

X-Factor:  Golden Tate could have a big game against the Broncos secondary if Russell Wilson can get him the ball.  Look for the Seahawks to take a shot at the deep ball.

#1 Offense in the NFL.   Points, points, points.  The Denver Broncos put up points.  The Broncos have outperformed everyone on the offensive side of the ball.  The team is loaded with weapons that not many teams have been able to contain.  Denver has the best receiving core in the league with Demaryius Thomas, Eric Decker, Wes Welker, and Julius Thomas.

Secondary.  The Broncos secondary is the weak link to Denver’s defense.  They’ve given up the 5th most pass yards per game during the regular season.  Chris Harris’ ACL tear was a huge loss but they have the veteran Champ Bailey suited and ready to play.

Keys to Victory: The Broncos are going to score.  In order to win this game, however, they’ll have to contain Marshawn Lynch.  If they can keep him under 100-yds, they should have a good shot at winning the game.

X-Factor:  Knowshon Moreno is usually the last guy talked about in this Broncos offense.  His value in the run game and pass game isn’t as high as the other receivers, but the lack of defensive scheme focus on the part of the Seahawks can payoff greatly for Denver.

Prediction:  The battle for the Lombardi trophy will be won on the line before it’s won in the air.  The Broncos’ O-line versus the Seahawks pass rush is a battle that the Broncos are ready to conquer.  Don’t count on defense winning this championship.