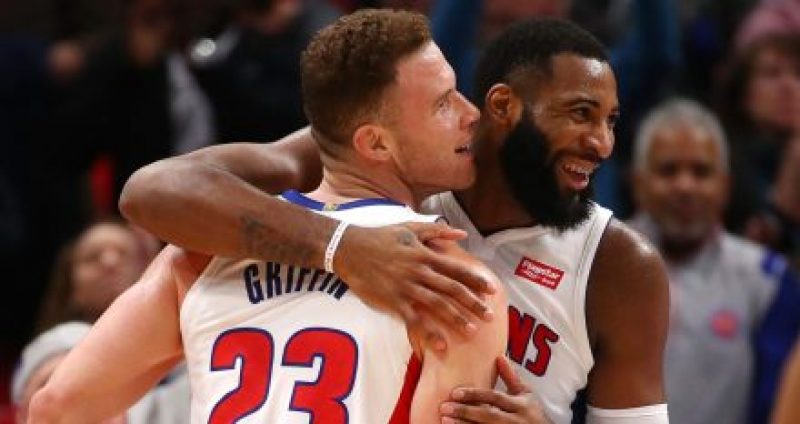 One of the hottest teams in basketball over the past couple of weeks has been the Detroit Pistons. They are currently riding a 4-game winning streak as they have continued to rise in the Eastern Conference standings. After defeating the Bulls last night in Chicago, they have improved to 33-31 and are 7-1 after the All-Star break. Andre Drummond scored 20 points and snagged 24 rebounds in the 112-104 victory and Blake Griffin led all scorers with 27 points.

In this stretch they have defeated the Indiana Pacers, currently 3rd in the East, the Toronto Raptors, 2nd in the East, and the Miami Heat, the East’s 8th seed. Throughout this stretch, Drummond has averaged 19 points and 16 rebounds and Griffin is averaging 19 points as well. Second-year player Luke Kennard has chipped in with some very good play as of late which has aided in the Pistons turnaround.

What’s most remarkable about Detroit’s turnaround is just a few weeks ago they were 7 games under .500 and it appeared to be a lost season. If the playoffs started today they would be slated to play the Pacers in the first round. They have split their two meetings so far and have 2 more games against each other down the stretch. While they have been hot it is worth noting that their schedule has been somewhat easy as they have played 9 teams under .500 over the past 15 winning all of those matchups.

In their remaining 18 games they have 10 games against teams with a winning record so that will present a challenge as they continue their playoff push. Should they continue to get strong performances from big men Griffin and Drummond along with solid bench play, Detroit should see their season extend into late April. Detroit is currently 3.5 games ahead of the Magic who currently sit ninth, so they have a little breathing room in this playoff push.