You are here: Home / Entertainment / T.I. and Azealia Banks Throw Shots Against Each Other on Twitter and Instagram 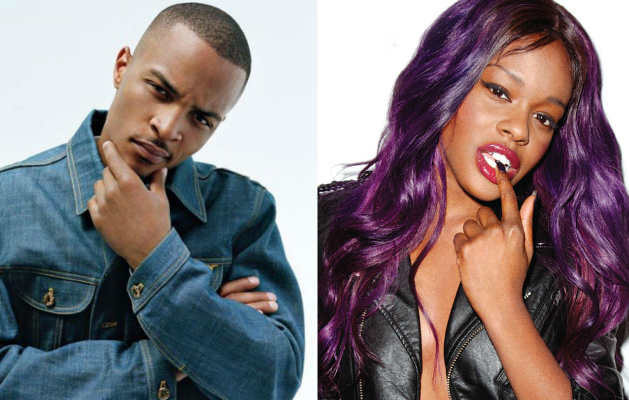 T.I. recently released his new single “No Mediocre” featuring former Hustle Gang member Iggy Azalea and Azealia Banks was one of the many critics who voiced their opinion on the new track. Banks previously had a history of beef with Iggy so the Harlem native is no stranger to controversy. She took to Twitter to say: 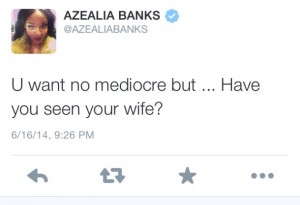 T.I. responded with a ‘comical’ picture on Instagram of Azealia with a very verbal message but removed the post later on in the day. Banks also deleted the reckless tweets that were posted.

T.I. is obviously known for being fearless. He threw punches on undefeated boxing champ Floyd Mayweather a few weeks back over comments made about his wife. Tip is all about his ride or die loyalty and will go toe-to-toe with anybody about his family.

Tip has also had his fair share of personal beef. He’s had controversy in the past with Lil Flip, Ludacris, Gucci Mane and his most infamous of all, with fellow west side ATLien Shawty Lo. Being a eight-time felon, T.I. is always ready to go to war. He recently decided to shrug away the Mayweather beef but it is interesting to see how he will handle this situation over the next week. Azealea is also claiming on her Twitter account that she wants to sue but in my opinion, it’s a pointless act since she decided to instigate and initiate the verbal attacks.