You are here: Home / Baseball / Featured / Tanaka is Coming! 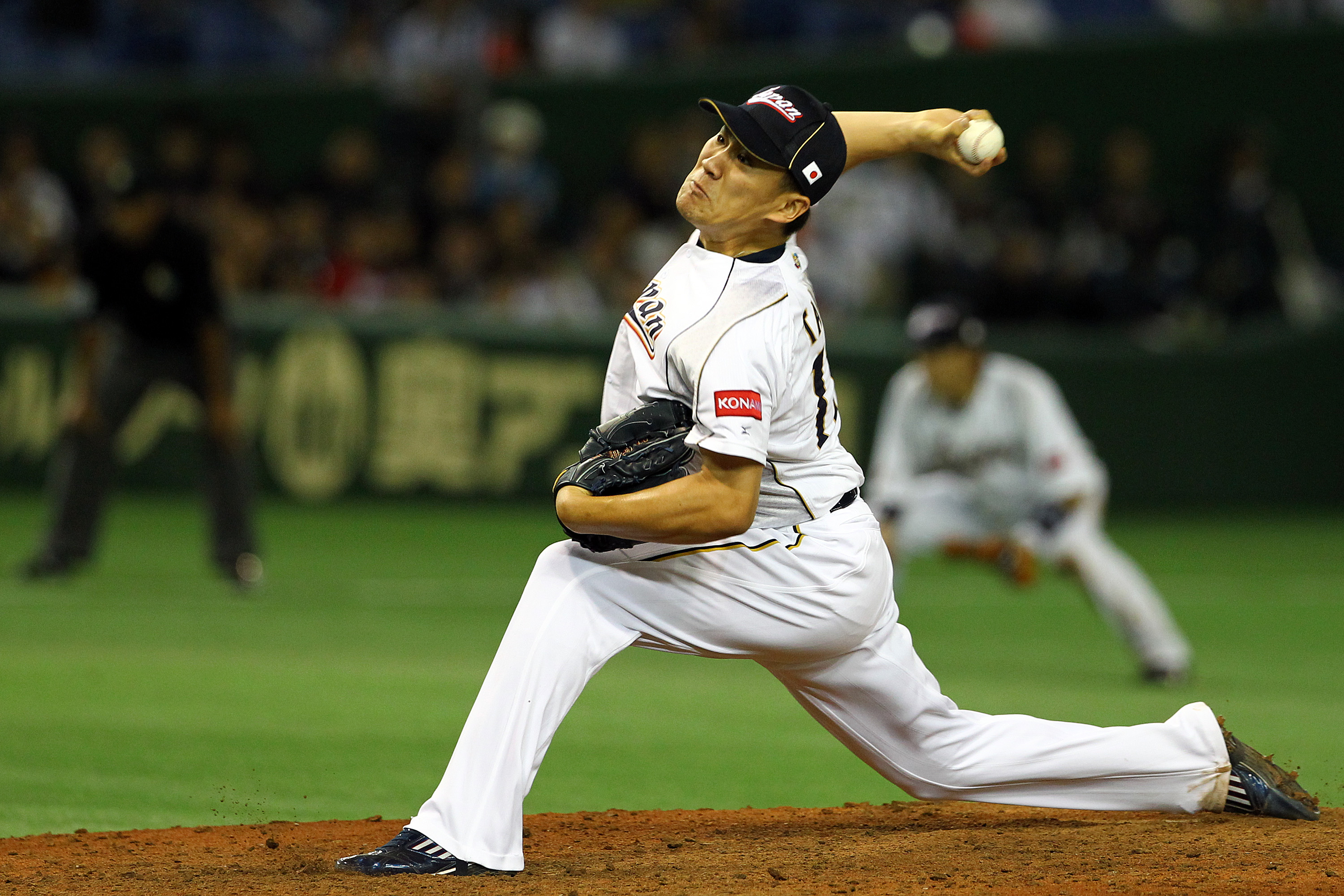 Not since World War 2 had Japan brought such trepidation to U.S. soil. However the cloud of uncertainty has been lifted. According to reports Masahiro Tanaka will be allowed to come stateside and pitch in the Major Leagues in the 2014 season. Merry Christmas American baseball.

Tanaka was without a doubt the best pitcher in Japanese baseball last season, posting a ridiculous 24-0 record with a paltry 2.17 ERA. Another thing that has MLB teams lusting after him is his age. Tanaka although a seven-year veteran in Japan is still only 25 years old. It is very possible every team in the majors will at least kick the tires when it comes to the young start but he is expected to land on a big market team. The Yankees, Cubs and Red Sox are said to be pushing hard for his services. Earlier the Texas Rangers & Seattle Mariners were also expected to be heavy bidders, but may be limited by financial restraints. It would not be shocking for a mid-market team to also try to make a push. Beyond  Tanaka’s talent and age, if effective,  he will have an international appeal on par with earlier Japanese imports such as Ichiro, Hideki Matsui and Yu Darvish.

Tanaka does not come without a few blemishes. Like all stars in other leagues, he is yet to face line-ups quite like the ones in American baseball. Many scouts compare Japanese baseball to the AA level of the minors. Many of the same scouts say stuff wise he falls short of Japanese phenom Darvish. Some critics have said that Tanaka will likely be the  second or third best pitcher in a good rotation. Lastly the other fear for Tanaka, is those 7 years of professional service. His arm has considerable more mileage than Americans who are also 25 years old.

Still, despite some worries he is clearly at the top of the food chain in available free agent starting pitchers. Once he signs expect the other dominoes to fall. Matt Garza and Ervin Santana among others have been waiting for Tanaka’s fate to be decided, and to set the market. In theory this will also open up trade roads, with the likes of Cubs starter Jeff Samardzija and former Cy Young winner David Price possibly being available.