You are here: Home / Baseball / Thank You Sandman: A Look Back At The Goodbye Gifts Given To Mariano Rivera On His Farewell Tour 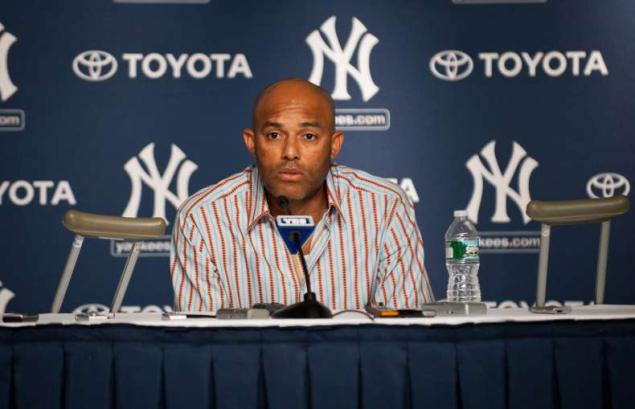 Good god… it’s an end of an era here in NYC. Mariano Rivera’s farewell season has come to a screeching halt, and after 19 seasons in the Bronx (17 as the full time closer on the Yankees) it has finally come to a close. It is time for The Sandman to exit, and he did so in typical Mariano style: With class and grace. 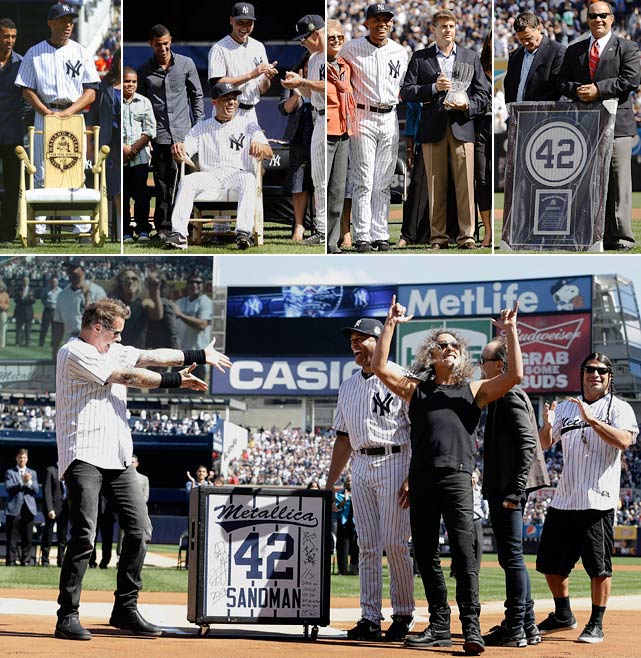 Thanks for all the memories #42

Over the course of the year Mariano was given gifts from all of the major league teams that the Yankees visited on the road.. and some of them were pretty hysterical! The Minnesota Twins presented him with a rocking chair made from broken bats of batters that Mo had sawed off called ‘The Chair of Broken Dreams’. In Texas they gave him a pair of embroidered cowboy boots and the hat to match. The Mets had him throw out the FIRST pitch, a change of pace for a dude who usually throws the LAST pitch in a game. Most teams also made donations to Mo’s charity foundation. All in all, it was a very classy way to say goodbye to the greatest closer to ever play the game. Mo also used the time that he spent in those cities on his farewell tour to get out into the teams community and meet people who worked for the organizations and lived in the community. Just Mo being Mo…

The YES Network put together a a nice tribute video chronicling the gifts Mo received throughout the year, and also showing the affect a great person like Mo has on everyone he meets. Take Care Sandman… you will be sorely missed!!!