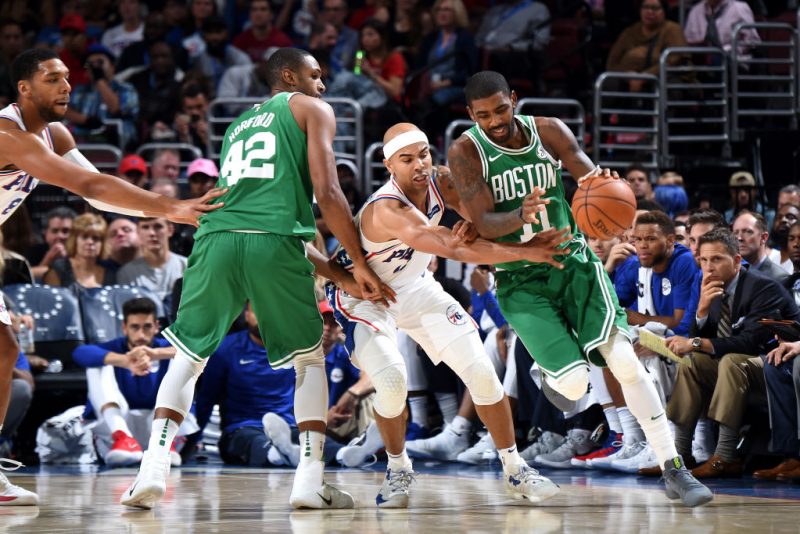 Our last division preview features the Atlantic Division where personnel and expectations have changed across the landscape of the division. We dive in and discuss.

D’Angelo Russell is now the the defacto star in Brooklyn but are they betting on the right man? Jeremy Lin, Rondae Hollis-Jefferson, Caris LeVert and others hope to make BK their stomping grounds alongside Russell but are they truly part of the future?

Joel Embiid is a paid man but will he be healthy one alongside Ben Simmons and Markelle Fultz? Playoff aspirations exists and we’ll look at the validity of The Process in Philly.

With Carmelo Anthony gone Kristaps Porzingis has the keys to the empire–does he need to be 20-10 in his first season as the main option? Will the trio of point guards that includes Frank Nitlikina, Jarrett Jack and Ramon Sessions stabalize the play making?

Is Toronto the forgotten elite in the East? What should we expect from Serge Ibaka now that he’s had proper time to gel with DeMar DeRozan and Kyle Lowry? Can you the young bench of the Raptors develop throughout the season?

Kyrie Irving and Gordon Hayward are Boston’s new shiny toys but did the team do too much tinkering for a top-seeded team? How will the Celtics find chemistry and defense to remain at the top of the conference?