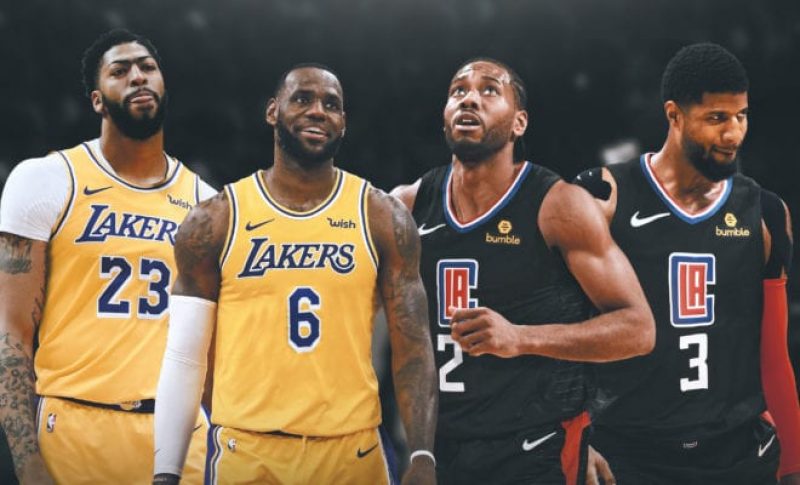 Championship aspirations emit from the Pacific division and The Baseline dissects the contenders and pretenders in an exciting division. On this week’s show we discuss:

Devin Booker and DeAndre Ayton anchor what should be an improved Phoenix team. The young Suns are still a few years away but the direction appears to be positive with Kelly Oubre and Mikal Bridges as compliments to Booker and Ayton.

Anthony Davis looks to learn how to win with LeBron James at his side but can Frank Vogel inspire the supplemental parts to play defense all season? Does Kyle Kuzma find a way to take another step or will shrink in the shadow of Davis?

Marvin Bagley Jr., De’Aaron Fox and Buddy Hield represent the Kings’ core after a surprising year of competitive hoops. Vlade Divac appears to have righted the ship with a nice mix of youth and veterans like Harrison Barnes, Trevor Ariza and Dewayne Dedmon.

Kawhi Leonard made his way back home and convinced fellow South California native Paul George to join him. The Clippers should be the best defensive team in the league but health looms as a key to success all season.

Stephen Curry and Draymond Green will be center stage as they try to work D’Angelo Russell into the flow. The team’s bench is a question but doubting this team could prove costly to Western Conference foes.