You are here: Home / Basketball / The Baseline: Atlantic Division Preview with Gary Washburn 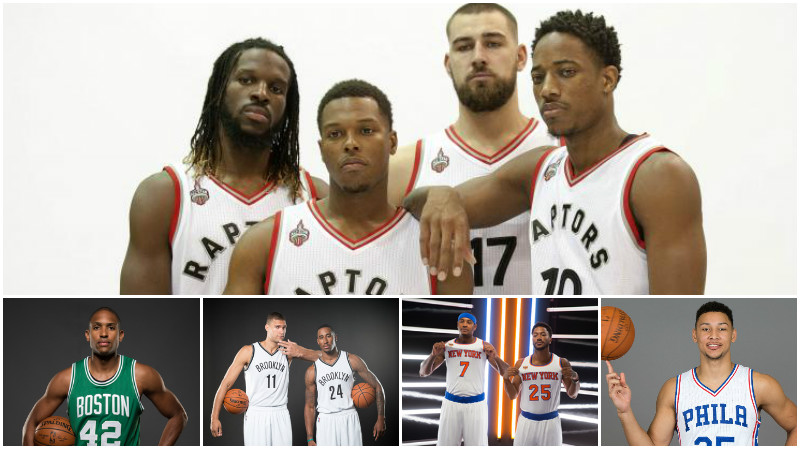 The Baseline previews the Atlantic Division with Gary Washburn from the Boston Globe. On this episode we’ll discuss:

Will all three bigs finish the season on the roster as Nerlens Noel, Joel Embiid and Jahlil Okafor form talented but odd mix. When Ben Simmons returns from injury can he be the franchise player many are predicting?

The team made minor moves that fit their new approach. Will the combo of Jeremy Lin and Brook Lopez create a new culture in Brooklyn? Who’s the team’s next best option as a cast of journeyman make up the bulk of the roster. Rondae Hollis-Jefferson, Trevor Booker and Luis Scola all are reasonably talented but are the capable third options?

Carmelo Anthony will enter the season flanked with Derrick Rose, Joakim Noah, Courtney Lee and Kristaps Porzingis. Will the Knicks make it back to the playoffs despite little bench depth? Can KP still thrive with all the new additions?

Al Horford coming to Boston is the biggest news since the team acquired Kevin Garnett years ago but how many more wins can he help produce. The team did little to add shooting but Gary Washburn thinks Gerald Green and roster holdovers Avery Bradley, Jae Crowder and Marcus Smart have to improve to be the internal answer.

Are the Raptors once again being disrespected despite keeping DeMar DeRozan and reaching the Western Conference Finals. DeMarre Carroll hopes to stay healthy and to take some pressure off DeRozan and Kyle Lowry. Washburn questions if Jonas Valanciunas is ready for a bump in minutes and production.