You are here: Home / Basketball / The Baseline: Central Division preview with Jeremy Woo from Sports Illustrated 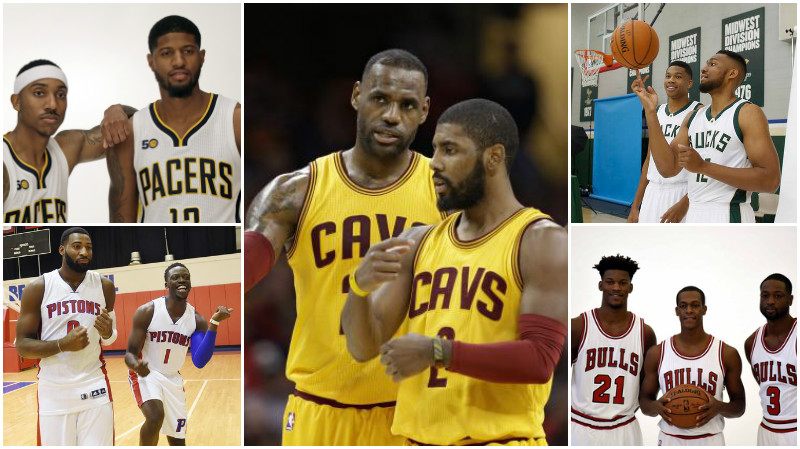 With NBA training camps in full swing we are exciting to have meaningful hoops on the horizon. On this week’s show we breakdown the NBA’s Central Division with Jeremy Woo from Sports Illustrated. We’ll discuss:

Khris Middleton‘s injury is a major detractor to the team’s hopes but will Giannis Antetokounmpo and Jabari Parker lead the young talented team to another playoff birth? We question the fit of Michael Carter-Williams and Greg Monroe–will those two finish the season on the roster?

Dwayne Wade, Rajon Rondo and Jimmy Butler make for a fiery mix but questions about the team’s ability to shoot loom large. Is this the year Doug McDermott or Nikola Mirotic become the consistent shooters the Bulls need?

Reggie Jackson and Andre Drummond are the alphas but it will the play of Tobias Harris and development of Stanley Johnson that determines how good the Pistons will be. We touch on additions like Jon Leuer and Ish Smith as the Detroit bench looks to improve.

Paul George is a star with help as a result of the Pacers summer moves. Jeff Teague, Thaddeus Young and Al Jefferson are the biggest additions to the roster but it might be the growth of Myles Turner that propels the Pacers the furthest. Monta Ellis looks like an odd man out but will have every opportunity to fit it as necessary.

The champs are back and feeling as swaggy as ever. LeBron James and Kyrie Irving will likely dominate the division again but it could be the year Kevin Love fits in the easiest with pressures off his back. We question if the team has enough bench depth but when you have LeBron you are pretty well armed.