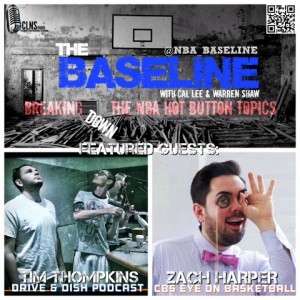 Cal Lee and Warren Shaw discussing the hot button topics of the NBA. On this week’s show:

All this and we did it under 90 minutes in one of our most potent editions of The Baseline.