You are here: Home / Basketball / The Baseline: Kevin Durant to the Warriors and the free agency fallout 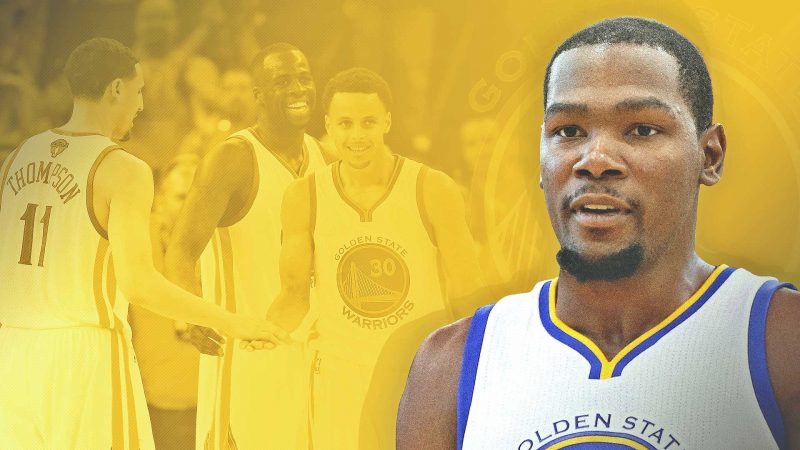 NBA Free Agency started with the owners collectively singing Fat Joe’s “I make it rain” as even the most average of players were handsomely rewarded for future production. But the NBA landscape changed with one man’s decision to change teams. On this week’s show we’ll discuss:

Kevin Durant released his free agent decision to join the Golden State Warriors on Players Tribune. KD will join the two-time MVP Stephen Curry, Draymond Green and Klay Thompson to create a legacy that could reverberate for decades.

We’ll get into the other comings and goings around the league that include:

We touch on a few others and give our thoughts on who has done a great job and who may still have work to do.