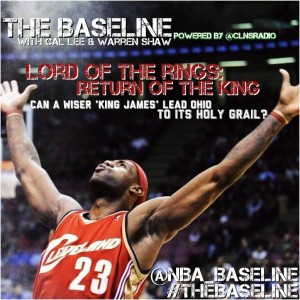 Cal Lee and Warren Shaw break down another amazing week of NBA news and action on The Baseline powered by CLNS Radio. On this week’s show:

All this and a ton of topics on the docket in this week’s edition of The Baseline.