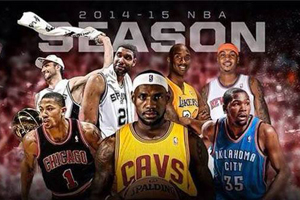 Finally, the NBA season is no longer something to discuss in the future tense. It is here and The Baseline crew is joined by Gerald Brown (The Bottom Line Sports Show) and Brandon Robinson (Source Magazine) to discuss the potential award winners this season. It’s an amazing show with some popular and some not so popular takes on what is about to unfold this season. We discuss:

All this and more on a fun and jam-packed edition of The Baseline: