You are here: Home / Basketball / The Baseline: NBA Christmas Preview 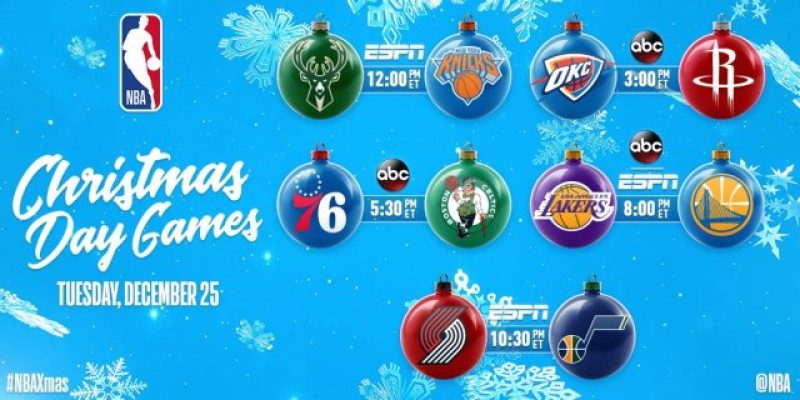 The Baseline wishes all of you a Happy Holidays and there isn’t a better present than our NBA Christmas preview. On this week’s show we discuss:

Will Giannis avenge Milwaukee’s loss from their last visit to New York? Tim Hardaway, Kevin Knox and Emmanuel Mudiay will have their hands full trying to slow down the Bucks.

Paul George is playing at an MVP level while Russell Westbrook continues to rack up triple-doubles. Meanwhile, the Rockets are without Chris Paul and James Harden has to shoulder the load while welcoming new teammate Austin Rivers.

Joel Embiid and Ben Simmons hope to walk into Boston and prove they are better than the Celtics team that beat them on opening night without Jimmy Butler. Kyrie Irving has been magnificent but will the health of Al Horford, Marcus Morris and others keep the C’s in the hunt on Christmas?

LeBron James gets another holiday matchup with the team that has kept him from three additional titles. Will Stephen Curry, Kevin Durant and the rest of the Warriors show enough interest to send a message to the upstart Lakers?

Damian Lillard, CJ McCollum and Jusuf Nurkic need help but will it come on Christmas? The Jazz need consistency from Donovan Mitchell and offense from the rest of the group. Who wins this matchup between good but not great Western Conference rivals?