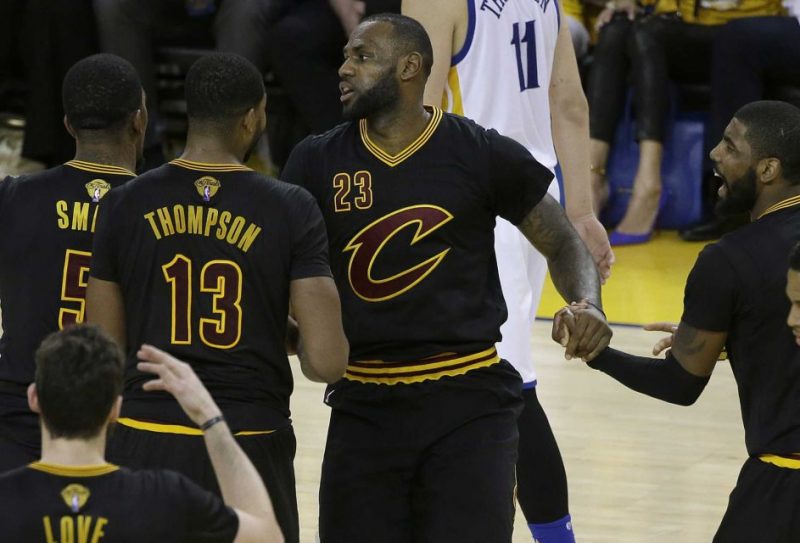 Game 5 of the NBA Finals was supposed to be a coronation ceremony but instead we were treated to a different kind of history. LeBron James and Kyrie Irving willed their team to an upset win on the road to force a Game 6 and the left the Warriors searching for answers.

Why weren’t Stephen Curry and Klay Thompson enough to get it done at home even without Draymond Green? Harrison Barnes and the other Golden State role players went missing but can they redeem themselves in in the next game?

We breakdown the historic performance from the Cavs’ dynamic duo and question the disappearance of Kevin Love in an energy-filled discussion about the NBA Finals.