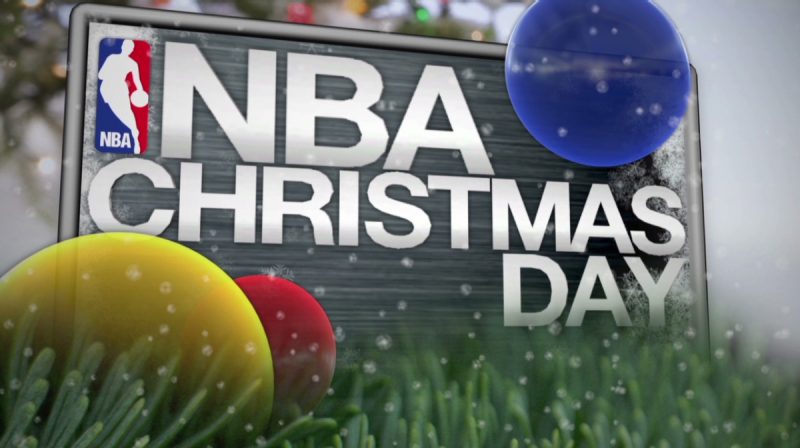 Christmas represents that start of the NBA season for many of the league’s casual fans and we know just how big a day it is in the association so we preview all five games including:

Playing at MSG in the opening game should fuel Carmelo Anthony, Kristaps Porzingis and Derrick Rose as they try to get a leg up on their division rivals from Beantown. Al Horford and Isaiah Thomas have the Celtics on the right track after a suspect start but they need to keep the Knicks at bay.

We already know what it is…the two best teams in the league with superstars in abundance. LeBron James, Kyrie Irving, Kevin Love, Stephen Curry, Kevin Durant, Klay Thompson headline the list but will Draymond Green‘s passion push this matchup over the proverbial edge?

Chicago needs a big effort from Dwyane Wade and Rajon Rondo to compliment the brilliance of Jimmy Butler. Meanwhile the Spurs keep on keeping on with Kawhi Leonard leading the charge. We ponder which LaMarcus Aldridge will appear in this game as well.

The league is doing a great job of featuring some young talent and Minnesota’s combination of Karl-Anthony Towns, Andrew Wiggins and Zach LaVine is a trio worth tuning in for. OKC just lets Russell Westbrook be his triple-doubling self and we can’t wait to see how he performs on the national stage.

In the night cap the banged up Clippers will try to get back on track against the reeling Lakers. D’Angelo Russell vs Chris Paul should be a fun matchup of present versus future at the point guard position.