You are here: Home / Basketball / The Baseline: Reviewing the All-Star reserves and events 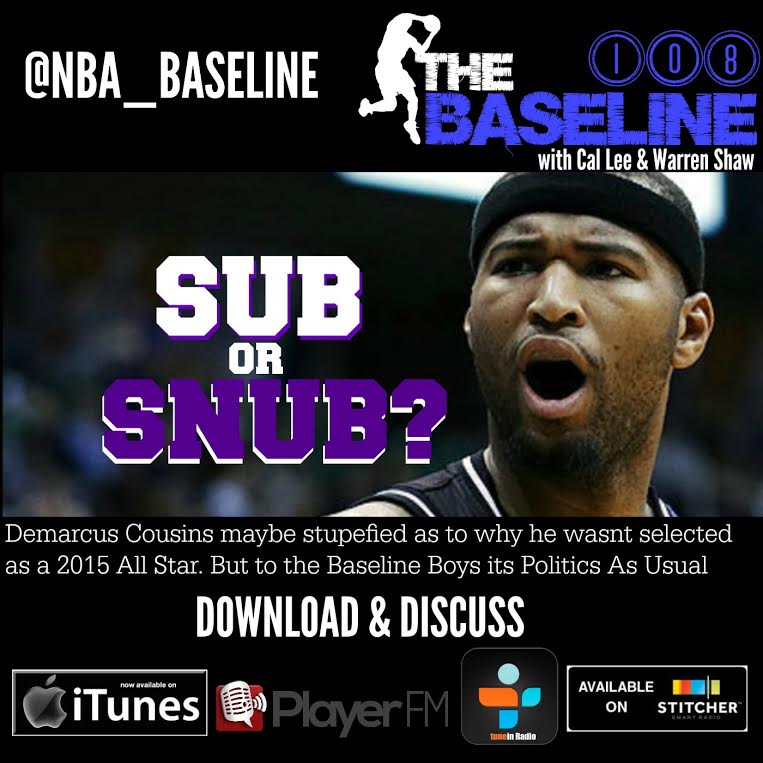 Special Edition of The Baseline with Cal Lee and Warren Shaw discussing the fall out from the All-Star reserve selections. The league entrusted the fans to try and get the starters right and it was the duty of the coaches to get the reserves in order. While a number of the selection reserves were locks because of what their teams did, or the monster numbers they posted on a nightly basis, there were clearly a couple who were inexplicably left off the roster. As a result Kevlar maybe required to listen in on this special episode of the Baseline as we breakdown the roster lineups and inconsistent criteria which seemingly leaves coveted stars absent their opportunity to shine for the NBA Masses.

Be sure to check out this NBA ALL-STAR SELECTION of The Baseline with Cal Lee and Warren Shaw.