You are here: Home / Basketball / The Boston Celtics Are Looking to Turn it Around, Will Gordon Hayward? 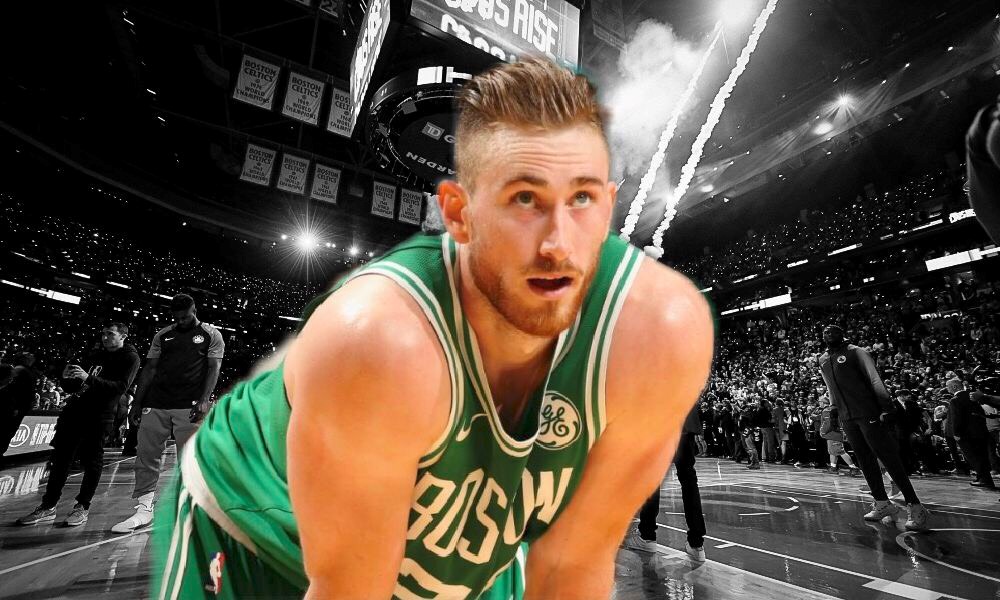 Before last night many Celtics fans had been pleased with the improvement of their supremely talented squad over the past couple weeks. After a mediocre start to the season that left them with a 10-10 record after 20 games, we saw the Celtics rattle off 8 wins in a row before dropping these last two games.

However, there is one key player that continues to not live up to the expectations. Gordon Hayward.

If the Celtics are truly going to turn things around and perform at the same level as their lofty expectations then Gordon Hayward must find a way to summon the same scoring and playmaking ability that he once possessed.

While the win streak is over, and last nights loss to the lowly Phoenix Suns was disappointing, the team still has much to be optimistic about especially if Hayward can improve. The team has enabled its fanbase to climb down from their early season ledge by showing signs of cohesion.

With Hayward’s other teammates starting to pick up their game and contribute on a nightly basis, one question has begun to linger regarding the lack of production from Hayward.

Will he ever return to the superstar player we thought he could be?

Everyone can vividly remember the devastating injury that took place just minutes into the first game of last season. A gruesome scene that you would never wish upon even your most hated rival. Celtics fans have stood by their injured star in hopes he would return as healthy and productive as ever this season.

But after 25 games played the results have been less than stellar. Hayward averages 10.9 points per game…far from the All-Star player who averaged almost 22 points per game for the Utah Jazz during the 2016-17 season. He has been relegated to a role player coming off the bench for the first time since 2013 and at times has looked uncomfortable and unsure of his place on the floor.

While he isn’t the only one that has struggled to fit into this Celtics’ offense, (Jayson Tatum also hasn’t taken the second year leap many thought he would) you can tell something just isn’t all there yet. He has shown improvement in terms of his playmaking ability of late but it’s his inability to score consistently that is alarming.

The Celtics are riddled with several injuries, most notably Al Horford out with knee tendinitis and Aron Baynes currently projected to be out for a month broken hand. Boston will need production from Hayward to help alleviate the missing production from his teammates.

A recent soundbiteprovides insight into where Hayward feels his progress is at.

(Via Boston Herald)
“As I get further into the season my ankle will get stronger and stronger, and then that will translate into confidence going to the rim, and challenging bigs and things like that,” said the Celtics forward. “I still think I’m not there yet on that front. I’ve made a lot of strides as far as my movement is concerned. But I’m still not fully confident as far as challenging bigs at the rim, going for alley-oops and stuff, and getting as high as I’m capable of.”

While the statement itself is encouraging overall, it does bring cause for concern. It leads you to believe that there is still a way to go before Hayward will be back to his former self, if ever.

With it being just about 2 months into the NBA season, it’s not a comforting feeling to hear a player say he still hasn’t felt like himself out there. It leads one to believe that Hayward may be behind schedule in his long-term recovery process. Or even worse, the feeling of confidence to take the ball to the rack against NBA talent that he spoke of, just isn’t there anymore.

Another NBA superstar that had a devastating injury in the same realm of Hayward is Paul George. Looking at his long-term recovery you can draw some comparisons to that of Hayward’s.

In 2013-14 the last full season before George’s injury, he averaged a 21.9 PPG, 6.8 REB and 3.5 AST. He was widely thought to be entering the pantheon of top 5 NBA talents amongst the likes of Lebron James, Kevin Durant and James Harden.

George missed all but the final 8 games of the 2014-15 season and in his first full season back in 2015-16, his scoring output reached 23.1 PPG, but it was clear that he was no longer in that same elite tier that he had been pre-injury.  While still a great player, he lacked the explosivenessexhibited in years previous.

Applying that same logic to Hayward, one can see how the hopes of him making the same sort of impact in Boston that he did in Utah might be wishful thinking at this point. It’s possible that Hayward’s new normal could be as a highly-skilled rotation player. Not the All-Star type talent we had seen during his days in Salt Lake City.

George and Hayward had different injuries, George’s leg suffered a compound fracture, Hayward suffered a dislocated left ankle along with a fractured tibia. The similarities can be attributed to the gruesome nature and psychological impact injuries of that nature can have on players at any level.

Hayward has had a much more complicated recovery with additional surgeries needed to remove screws in his ankle as recently as last May. Given that fact, it may be true that Hayward is still a few months away from feeling and playing like his old self.

It’s something to consider especially since the Celtics have committed 4 years and $127 million into a player who at this point, has been more of a role player than an NBA superstar that would garner that type of contract.

In no way should any of this blame be put on Hayward. His injury was a freak accident that could have happened to anyone. It’s apparent that the injury has taken an emotional toll on him and it has been inspiring to see him back on the floor.

He has shown glimpses of his former self, with a recent performance in which he amassed  30 points, 9 rebounds and 8 assists while coming off the bench against the Minnesota Timberwolves. It was encouraging to say the least, but is that the Hayward we should get used to seeing again? Or was that more of the anomaly?

With the Celtics in the midst of swirling trade talks that have them firmly in the discussion to land Anthony Davis as soon as this upcoming summer, the health and ability of Hayward to fully rebound may become a huge factor into the long-term thought process of Celtics’ GM Danny Ainge.

If Hayward is unable to return to his previous form, trading him could prove difficult and keeping him could be detrimental to the team’s long-term plans. Hayward’s salary could be a key in acquiring the Pelicans’ All-Star forward because so many of the young talented Celtics (Tatum and Jaylen Brown) are on rookie scale contracts that couldn’t match the money Davis makes currently. But ruling Hayward out of the picture as a piece to pair alongside Davis would be a mistake. Boston’s ideal situation would include a core of Davis, Hayward and Kyrie Irving.

Would that type of trio be enough to keep Boston in the championship hunt?

It certainly puts things into perspective for this current Celtics team and for future ones as well.

The bottom line is the Celtics need Hayward to be the player they signed previous to his injury, not just for this season, but to bolster their hopes for NBA championship contention for years to come.

“Trader” Danny Ainge is no fool. If by this spring there aren’t serious inclinations that Hayward is on his way to returning to that once athletic playmaker we saw on the Utah Jazz, it could throw a serious wrench into the future plans of this Celtics team. A situation that could lead Ainge to make some tough decisions to ensure that his mighty collection of talent and assets doesn’t go to waste without NBA titles to show for them.