You are here: Home / Basketball / The Brooklyn Nets are breeding a culture of empowerment 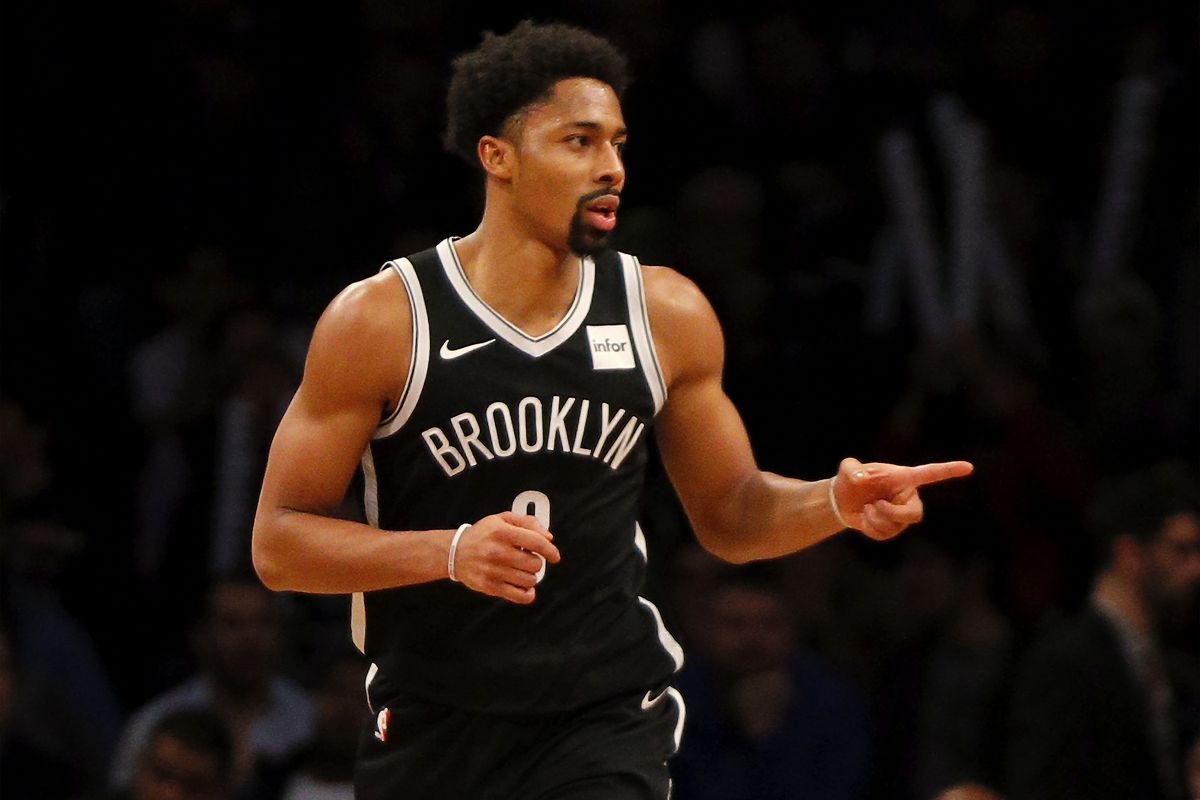 Friday night’s matchup between the Brooklyn Nets and the Washington Wizards was a routine Eastern Conference game involving a pair of unlikely playoff teams. The evening had its share of highlights, including any of Kelly Oubre Jr.’s moon boot performances, but the game was otherwise an inconspicuous meeting in the regular season.

But behind the scenes of Brooklyn’s 125-118 victory over Washington were two teams diametrically opposed in their core philosophies.

Since 2016, Brooklyn has been among the most successful teams to regularly place in the bottom-third of the NBA. Though the Nets have only managed 60 wins in general manager Sean Marks’ two-and-a-third seasons, the consensus about the team is that its brand and culture are strong. The wins will follow.

Washington, however, enters the season as the textbook definition of “dysfunctional.” After years of practice outbursts, turmoil between co-workers and a bevy of other distractions, Washington began the year imploding on the national stage. With head coach Scott Brooks losing control of the roster, the Wizards are currently nursing a four-game losing streak and growing more turbulent by the day.

Underneath the Wizards’ crumbling exterior is an equally rickety foundation, bolstered only by general manager—or according to Wikipedia, general destroyer—Ernie Grunfeld’s situational ineptitude.

Brooklyn’s foundational stability embodies a prized basketball culture. Despite their 12-18 record and the loss of Caris LeVert for at least part of the season, the Nets are celebrating. The team pushes for success while uplifting its fallen members.

Marks began the season preaching a message of unity and empowerment, even after Brooklyn ended 2017-18 with a 28-54 record.

“Our guys compete on a nightly basis, and that’s going to be really important,” Marks told ESPN’s Adrian Wojnarowski. “Because whatever free agent is looking at you, whether it’s this year, next year or five years from now, nobody wants to come to a situation where they think, ‘Man, I’m going to have to carry this load.’”

While the free agents haven’t come calling (yet), the Nets are taking that competitor mentality and using it to overrun teams like Washington that have fallen into disarray. So far this season, Brooklyn has unquestionably taken games off Washington (twice), the Phoenix Suns, and the Cleveland Cavaliers. Winning games against beatable teams is among the first signs of adhering to a positive outlook in the NBA.

Brooklyn’s positivity has manifested off the court as well. Whereas the Wizards ended Friday night embroiled in one of the wonkiest trade proposals in NBA history only to ship rotation wing Oubre Jr. and Austin Rivers to Phoenix, Brooklyn entered the game reveling in Spencer Dinwiddie’s contract extension.

Dinwiddie’s new deal comes after a career-high 39 points against the Philadelphia 76ers. Even though his signing an extension was on the horizon, Marks noted that it also served to reward his recent efforts.

“I think Spencer has shown a terrific ability to improve, to develop, to be part of this culture, and then, it’s deserving,” Marks told Nets.com. “It’s deserving from right now, and you want to reward a guy that has bought in entirely.”

Putting that type of faith in a player breeds positive results down the roster. Of course, Dinwiddie added another spectacular game to his recent string, posting 27 points and six assists in 31 minutes off the bench.

But the positivity also extended to Rodions Kurucs, who earned his first start of his 13-game NBA career. In 30 minutes of play he dropped a career-best 15 points to accompany a career-tying six boards.

“I thought he hit two big shots when we were struggling, I believe in the third quarter,” head coach Kenny Atkinson said after the game. “He hit a long two and then a three. We were struggling, and they were starting to come back. Just all around, his energy and his athleticism are a big plus. He just keeps doing it, keeps surprising.”

Then, as the Brooklyn Brigade cheers on Dinwiddie and Kurucs, the positivity flows in Joe Harris’s direction, who contributed 19 points of his own and hit on all three of his fourth quarter triples.

The Nets are still a few pieces shy of a playoff run. LeVert, who is expected to return this season, was the team’s leading offensive producer and is built like the NBA’s ideal wing. His missing 18.4 points per game leaves a noticeable gap—without LeVert in the lineup, Brooklyn’s offensive rating has dropped from ninth (110.5 points per 100 possessions) to 19th (108.3).

Magnifying LeVert’s absence is Brooklyn’s work-in-progress bench. No one, LeVert and Dinwiddie included averaged more than 30 minutes per game. Though LeVert is poised to become the Nets’ star on his return, Brooklyn is still entrenched in development and has yet to refine its roster to support a tight, playoff-bound, eight- or nine-man group.

Finally nailing down a roster capable of taking a few games come April and May is still off in the horizon, but wielding its positivity as its most powerful weapon, Brooklyn won’t be down for long.