You are here: Home / Entertainment / The chemistry of ‘Breaking Bad’ and the end of Heisenberg 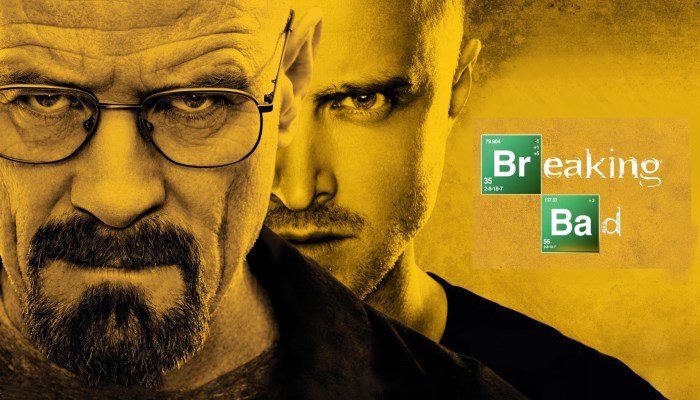 The mere fact that this phenomenal show has come to an end is hard enough to bare for any true fan of ‘Walter White’ and ‘Jesse Pinkman’ but the truth of the matter is, it is real! ‘Breaking Bad’ followers have witnessed the palpable chemistry between ‘Walter White’ and his assistant and former student ‘Jesse’ for five seasons. Each season was filled with stupendous acting, raw emotion, incredible writing and the best twists and turns of any show in recent history. Not only was every episode able to stand on its own merit, skill and acting prowess, it also provided a phenomenal show of story telling. Breaking Bad was able to tell the story of an intelligent but meek man that become a powerful drug lord. ‘Walt’ and ‘Jesse’ had the right mix of elements that created chemistry on television. This show will truly be missed as the finale of ‘Breaking Bad’ ended with a satisfying conclusion that made all of the fans remember why this was one of the greatest television dramas to date.

Lets start at the beginning of ‘Heisenberg’. ‘Walter White’s character comes to life on the heals of a terminal lung cancer diagnosis. In realizing that his life will dramatically be shortened with limited financial resource, the genius within him comes to life. Pairing his chemistry skills with his drug addicted and drug dealing former student, a fantastic bond is created. The ability to bring truth and realism to these characters is what made ‘Breaking Bad’ fans love the show. Most audience members wished they were as ingenious as ‘Walter White’ and as trusting as ‘Jesse’. We all watched as their seemingly flawed partnership transformed into a father son like relationship that they both seemed to need from each other. Sadly, as their enterprise grew their relationship suffered. Additionally, the audience was then able to witness the death of ‘Walter White’ and the rise of ‘Heisenberg’. The strength that ‘Walt’s alter ego commanded was eclectic and strangely powerful. Just like that, a switch would go off in ‘Walt’s disposition and he would instantaneously become the infamous ‘Heisenberg’.

The supporting characters such as ‘Hank’, ‘Gus Fring’, ‘Mike’ and ‘Saul’ only added to the phenomenal cast of actors that graced this series over the past five seasons. I mean, who could forget how we all felt when we first saw ‘Gus Fring’ come out of the blown up hospital room…. he fixed his tie, looks up and the audience is left with realizing half of his face and body are gone!

GIFSoup
It was scenes like this, that made this series beyond incredible. The attachment we all felt for ‘Jesse’ as he explored repeated mistakes and his constant knack for making the worst choices, but yet we still felt for him. Then there was ‘Mike’,  the hit man with a soft spot for justice and an understanding of the true danger surrounding ‘Jesse’s relationship with ‘Walt’. ‘Mike’ and ‘Jesse’ formed a bond of true friendship that countered ‘Walt’s hold on ‘Jesse’ but in typical ‘Heisenberg’ style, someone had to go and we were all so sad and angry to see that it had to be ‘Mike’.

All these plot turns and twists were spinning simultaneously as ‘Walt’ entertained his son who had cerebral palsy, inquisitive and sometimes annoying wife ‘Skylar’ and D.E.A brother in law ‘Hank’ who happened to be his main threat. The irony that ‘Hank’ was searching for the very person who created the well distributed ‘blue meth’, was right under ‘Hanks’ nose for over 4 seasons, was insane to watch on television. Sadly, in the end, Hank also found out what the true price was in knowing the real ‘Walter White’. ‘Hanks’ last scene still rings through my mind as we see the pain and anguish that Walt expresses when ‘Hank’ is killed. All of his hard work to provide for his family has now cost the life of a close member of his inner circle.

Then we go into the final episode of ‘Breaking Bad’. It was the perfect symmetry of closing off all of the ends as only ‘Walter White’ could do. Even with his death, as realistic as it was, the last scene seemed to leave the audience with respecting his character and his ability to die under his own terms in typical ‘Heisenberg’ fashion! That is what made this show amazing to watch and even better to experience. As a true fan, I can’t imagine any other ending that would have provided the perfect knot on this fantastically wrapped package of the great show known as Breaking Bad’. Al vita zane ‘Walter White’ and we thank you Vince Gilligan!