You are here: Home / Basketball / The Golden State Warriors: The Home Stretch of History 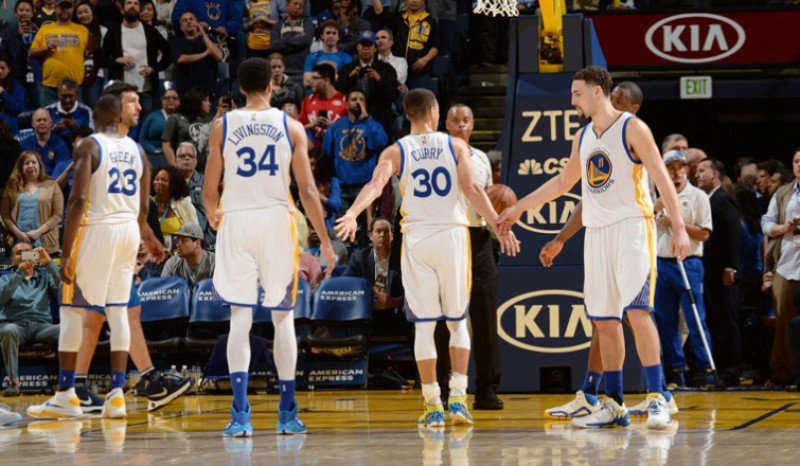 The Golden State Warriors basketball are now a spectacular 66-7 after their win over the Philadelphia 76’ers. Stephen Curry  magical season continues as he averages a historical 5 three’s per game along with an NBA leading 30.2 points, 6.6 assists and 2.1 steals per game.

The Warriors have nine games left in their season. Six out of the last nine games are against above teams with plus .500 records and only one against a non-playoff contender…the Minnesota Timberwolves. This stretch will in no way be easy. The Warriors draw the San Antonio Spurs twice, the Boston Celtics,  the Portland Trail Blazers, and Memphis Grizzlies twice.

Steve Kerr said weeks ago that his prime purpose was to clinch the number one seed and keep his players all at their physical peak. He recently told ESPN that “It’s the players who are setting the record.” He also recently implied that if they are physically healthy their will be no intention to sit his players as the chase for the 95-96 Bulls regular season record continues.

The Warriors have the firepower, the tenacity and the depth to get this done. Only time can tell if they can achieve this goal that was once thought to be impossible.