You are here: Home / Basketball / Entertainment / The good, the bad and the questionable from the Players’ Awards

The old saying of what happens in Vegas stays in Vegas doesn’t apply to the first annual Players’ Awards presented by the NBPA and BET. This was an event the players desperately wanted and were able to attain under the direction of Chris Paul, Roger Mason, Michelle Roberts and countless others. They wanted and needed it to be seen to further validate the concept and continue the branding of themselves as a union and as individuals in one fell swoop.

So did it work?

By and large it was a success because it gave the players the voice they wanted. “For us, by us” seemed to be a repetitive theme throughout the evening. I was lucky enough to see the event live and was able to grasp the concept easily because quite frankly it was so often repeated. The Players’ Awards wasn’t a perfect production, then again what show ever is. Here are my (only semi-biased) impressions.

The Good (in no particular order)

Youth testimonials: When awards for players currently in the league were being presented, a video montage played of each nominee with a corresponding message/endorsement from “random” kids in “random” communities. I thought it was a nice touch to here eloquent youth speak about some of their heroes for the categories in which they were nominated. You might be thinking well why didn’t the players do the endorsements…I know I was. So here’s the thing. Although the players voted on the awards the voting was done by secret ballot. My guess is it would be too difficult to pick which players would do the endorsements. I also believe the union didn’t want to create any bad blood especially if player A is on the same team with nominated player B and he does an endorsement for nominated player C. That would be bad for business not only for teammates but the players in general as media would sink their teeth deep into something like that to create even the slightest controversy.

Jay Pharoah’s Drake Jesus Energy performance: This like most things will be a matter of taste and for the record I wasn’t a big fan of Pharoah coming into the show. I usually am the last one to laugh when a man has on a wig of any sort but Pharoah had some well thought out lyrics to accompany the bit. Not everything he did went over so well however. 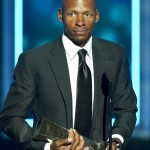 The acceptance speech of Ray Allen: Coming into the show I had no idea Allen would be there or that he’d be getting an award, but it was a pleasant surprise. He’s truly one of the game’s nice guys on and off the floor and does great work in the community with his foundation Ray of Hope. Hell the guy even had President Obama send in a video message in his honor–that’s truly boss. Hopefully Allen’s words to the players in attendance hit a chord when he encouraged them to remember that they are always being watched and are setting examples. So many times these guys are rushing and seem inconvenienced by adoring fans asking for a picture or autograph. Allen told them to remember when they were kids and what it would have meant to them to have a star give them just a little bit of time. Brilliant!

Focus on the great work the players do in the community: Yes, Ray Allen was the man of the year but the show highlighted many others around the league who do amazing work in their local communities. A video showing guys like Paul, Joakim Noah and others illustrated so much of the community responsibility many players do engage in. So much of that is understated and in a world heavily focused on negativity that video served as a healthy reminder that many of the players do indeed heed Allen’s words on a regular basis. 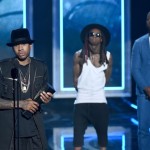 The Game Changer award presented to Allen Iverson: On the red carpet Paul told me that this award was the one he was most looking forward to on the show. Paul alluded to the fact he currently wears number 3 as almost an ode to the legend of Iverson. The award was presented by Paul and Lil Wayne and A.I. seemed resolute in his joy to receive it for his contributions to the game both on and off the floor. It’s only now in retirement that he’s getting the deserved recognition for the impact he had on NBA culture. Better late than never I suppose but something Larry Brown said seems to hold true. If A.I. only knew his reach in his time he could have been even bigger than he was. Still, Iverson’s aura lights up a room. His presence still inspires and his swag is forever. “Same fight, different round” as he so aptly said.

Gary Owen’s monologue and Monica’s performance: Owen’s often delivers the same spiel centering on black and white differences but in this instance it was well received. For extra fun it was the bi-racial Stephen Curry winning the award Owen quipped about in his presentation. Of all the performances I enjoyed Monica’s the most for one reason…she can really sing. Honestly the other performances weren’t as crowd moving as one would have hoped.

James Harden winning the MVP: First of all did anyone else catch that limp he had? While that was concerning it was great to see The Beard get recognized for an amazing season. He was my pick for the same reason I suspect the players gave him the nod. Harden did the most with the least as everyone in the Houston starting lineup with the exception of Trevor Ariza missed significant time. The MVP was one of only three awards that matched up with the traditional awards given by the media and in two of them the players voted contrary to their media counterparts (or would it be adversaries?).

Pharoah’s Bill Cosby reference: This was a very brief skit but was still unnecessary. It seemed like Pharoah was aware of the sensitivity of the content but was determined to force the scene regardless.

The fumbling of names: On more than one occasion presenters or in arena talent had no idea how to pronounce the name of the person they were talking about. While the players or coaches may not have minded it’s important to get those things right when a show is trying to be taken seriously. I am still trying to figure what Brandon T. Jackson actually called coach Mike Budenholzer. 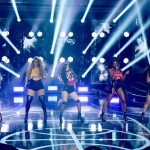 Crowd participation: I will say this, seeing the performances live from the crowd severely hindered my opinion on the level of the entertainment. They translated a little better on the TV but Lil Wayne, 2 Chainz, Jason Derulo, Kid Ink and Fifth Harmony performed primarily to an uninterested audience. It’s not a knock on their abilities or even stage presence but that crowd just wasn’t engaged in any way. Outside of my own attendance I am not sure how anyone else got tickets or even who they were in terms of affiliation to the players. If they were fans those were the breeziest folks ever to walk the earth. But I suspect most everyone knew someone which dumbs down the wow factor significantly for how the performers are received.

Missing players and stars: There was fair representation but what does it say when guys like LeBron James (the union’s Vice President), Russell Westbrook (multi-nominee) both miss the show. No Kevin Durant, Anthony Davis, Kyrie Irving or Andrew Wiggins in attendance either. Maybe their absences say nothing more than they had other commitments but more all-star level players should have showed face in this inaugural year. I kept thinking to myself where dey at tho?

Category selection: Perhaps the most perplexing part of this whole arrangement was how the categories were chosen. Paul said it came from the players themselves but he wasn’t clear if their was guidance in that process specifically. Awards like best home court advantage, hardest to guard and player you secretly wish was on your team came off as fillers for the show as opposed to something of any real substance the players would care about. I guess it’s still nice to be recognized even if you are a building like Oracle Arena.

Listen all things considered it was a success and well worth the price of admission whether you went live or saw it on TV. Award shows are always full of peaks and valleys (some more than others) and this one was no different. It’s important to keep the vision of the players in mind and from that standpoint they got exactly what they wanted. It will get better next year as the NBPA has a willing partner in BET to make sure the show has sustainable legs. After this solid rookie showing I predict a breakout sophomore year next summer for the Players’ Awards.