You are here: Home / Fighting / ‘The Greatest of All Time’…Muhammad Ali dead at 74 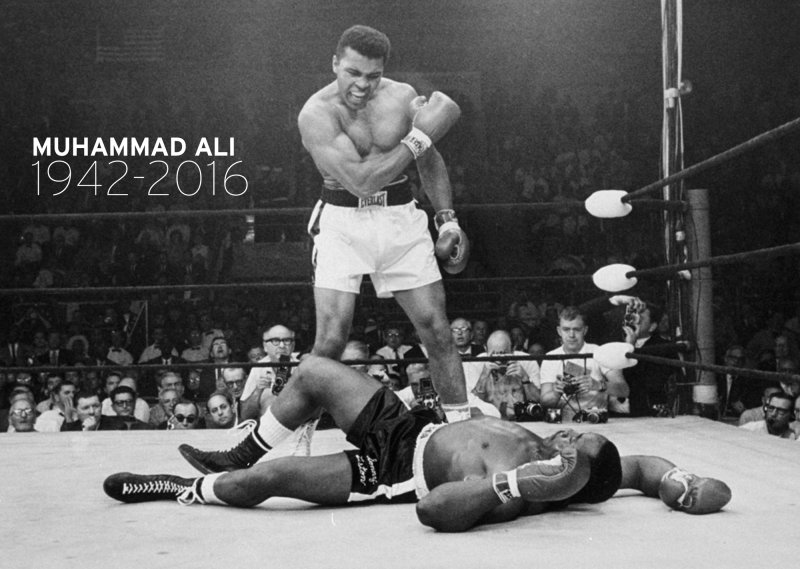 Legends are immortal. Not in the physical sense but in the spiritual sense that resonates through generations. The legendary Muhammad Ali has passed away at age 74 but his life has touched so many who have already come and gone and it will touch those yet to arrive.

The boxing community is devastated but Ali was more than a boxer. He was a humanitarian, an avenue of social and political change and by many peoples’ accounts a hero.

Ali lived his life in superlatives and will be remembered by one superlative above all others by so many–‘The Greatest of All Time’.

Muhammad Ali’s rivals used to hate him. Until they got to know and understand him. https://t.co/jEGxLR5taO pic.twitter.com/0NpFlnJOJV


Until Ali no one said “I’m beautiful” he was royalty, yet common man was his pal. That is beauty. Greatest kind pic.twitter.com/uX7htKHrGc

God came for his champion. So long great one. @MuhammadAli #TheGreatest #RIP pic.twitter.com/jhXyqOuabi


We lost a legend and The Greatest of all time but Muhammad Ali’s legacy will forever live on. pic.twitter.com/srPrZXGesF

A great example of @MCHammer hit can’t touch this in reference to @MuhammadAli vs @GeorgeForeman. #RIPMuhammadAli pic.twitter.com/2FwzHAUUfX

Today my heart goes out to a pioneer, a true legend, and a hero by all means! Not a day went by entering the gym that I didn’t think of you. Your charisma, your charm and above all, your class are all of the elements that will be greatly missed by myself and the world. You are someone that inspired me greatly throughout my boxing journey and words cannot express how great you were as a person! Thank you for everything you’ve done for Black America, in the the world of sports & entertainment and for the legacy you leave behind! My sincerest condolences to the Ali family!

Rest in peace to The Greatest @MuhammadAli the world lost a great human being today. You will be missed dearly. pic.twitter.com/UDSWT6gKpo


Each and every time Muhammad Ali appeared on SI’s cover https://t.co/261KtjAsqg pic.twitter.com/DudeaIKprh

Watch Muhammad Ali’s perfect response to “not all white people are racist” — in 1971 https://t.co/UkeyTKhCEm pic.twitter.com/jqIQXjUnNT


THANK YOU & GOOD NIGHT TO THE GREATEST OF ALL TIME. YOU’VE WON MORE BATTLES THAN WE KNOW. #RIP MUHAMMAD ALI. pic.twitter.com/W2a9slGi0O

A giant among men, Ali displayed a greatness in talent, courage & conviction, that most of us will EVER be able to truly comprehend. #RIPAli


Muhammad Ali’s brilliant quote when asked how he wanted to be remembered https://t.co/EGeqCCCJfp pic.twitter.com/UgSTLTvNW1

“I won’t miss boxing. Boxing will miss me.” #MuhammadAli pic.twitter.com/FU7WkTP2qS