You are here: Home / Basketball / The Indiana Pacers are racing towards the playoff long-haul 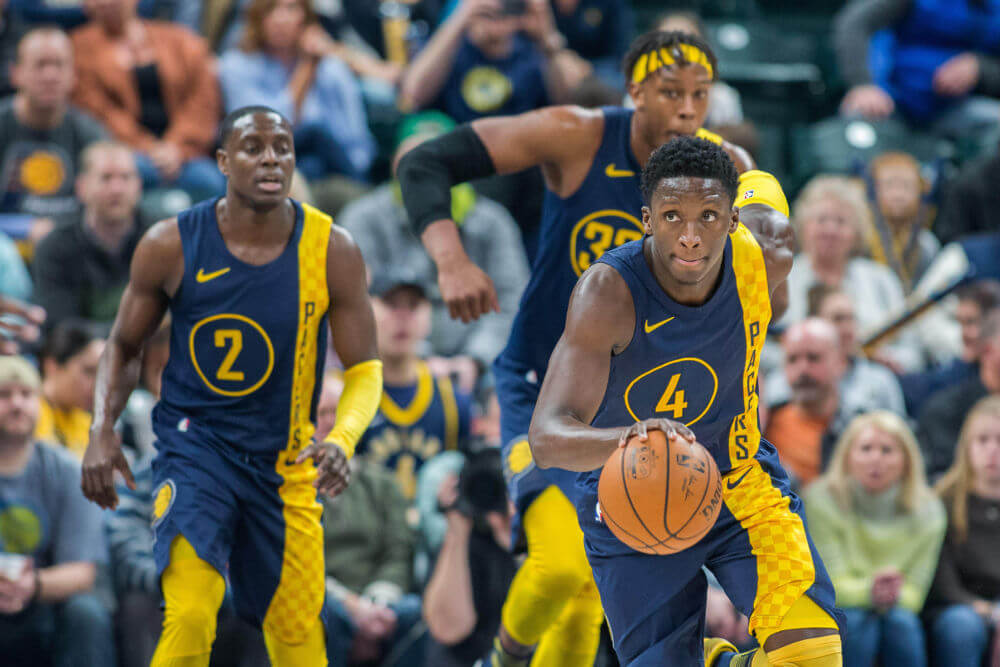 Sports fans love a good underdog story. Few things rank higher than relishing the air of victory after the seemingly impossible is made tangible. Given the layout of the NBA playoffs, the best of seven series favor the higher rank, so upsets become part of team lore for years to come.

Though the East is usually pinned the lesser of two conferences, the 2018 season has given pause to this claim. Sure, the playoff race is essentially over with the top eight teams compared to the West’s top 10. But, each of the East’s playoff hopefuls have shown they have the mettle to conjure wins against teams up and down the standings.

While the Philadelphia 76ers are cruising to homecourt advantage and LeBron James has once again evolved ahead of the postseason, the Indiana Pacers are racing towards their own fruitful playoff appearance.

In the month of March, Indiana has posted the sixth-best record in the league, 11-4, while taking wins off five of the East’s top eight teams. Add that only five of Indy’s 13 home losses this season have come at the hands of Eastern Conference playoff squads and the Pacers seem to have grown a formula fitting for the Bankers Life Fieldhouse.

Amidst talk of Victor Oladipo’s physical reinvention that’s seen him fill, if not exceed, the void left by Paul George, the Pacers and head coach Nate McMillan are cultivating a team effort perfect for playoff basketball. Victor Oladipo and his 23.2 points per game is surely the motor for this Indiana pit crew. Playing by committee however gives Indiana the leeway to mix and match its approaches depending on the team.

Earlier this month Indiana was visiting Philadelphia just before the Sixers hit their winning stride. Led by Joel Embiid’s 29 points, the Sixers shot, rebounded and assisted better than Indiana. Philadelphia’s recipe for success that night, however,  was torn to pieces as the Pacers pocketed 13 steals and forced 21 Sixers turnovers. Indiana’s thievery paid dividends – rattling the Sixers in Philadelphia is no easy task but leaving limbs in passing lanes and converting on 22 fast break points set the pace in Indy’s favor.

The Pacers’ round table approach to offense and defense manifests itself in unsuspecting ways. Indiana is the second best in the league at converting off turnovers and is third in fast break buckets, but their pace is just 98.19 points per 100 possessions, 24th in the association. Thus, McMillan’s preference to play up-tempo this season is more a disguise than anything else. Much like their namesake, the Pacers have capitalized on the ability to change gears, with a green light to grab steals and fast break opportunities without overextending themselves.

As the regular season comes to a close, however, Indiana is saddled with the possibility of not having home court advantage. Currently in fifth place, the Pacers are within spitting distance of the fourth seed, a half game behind Philadelphia. A middling team on the road at best, seizing the season’s final stretch to push into the East’s top half would be a job well done for Indiana, and a rallying cry ahead of the playoffs.