You are here: Home / Basketball / The Indiana Pacers Can Make or Break their Playoff Run Here and Now 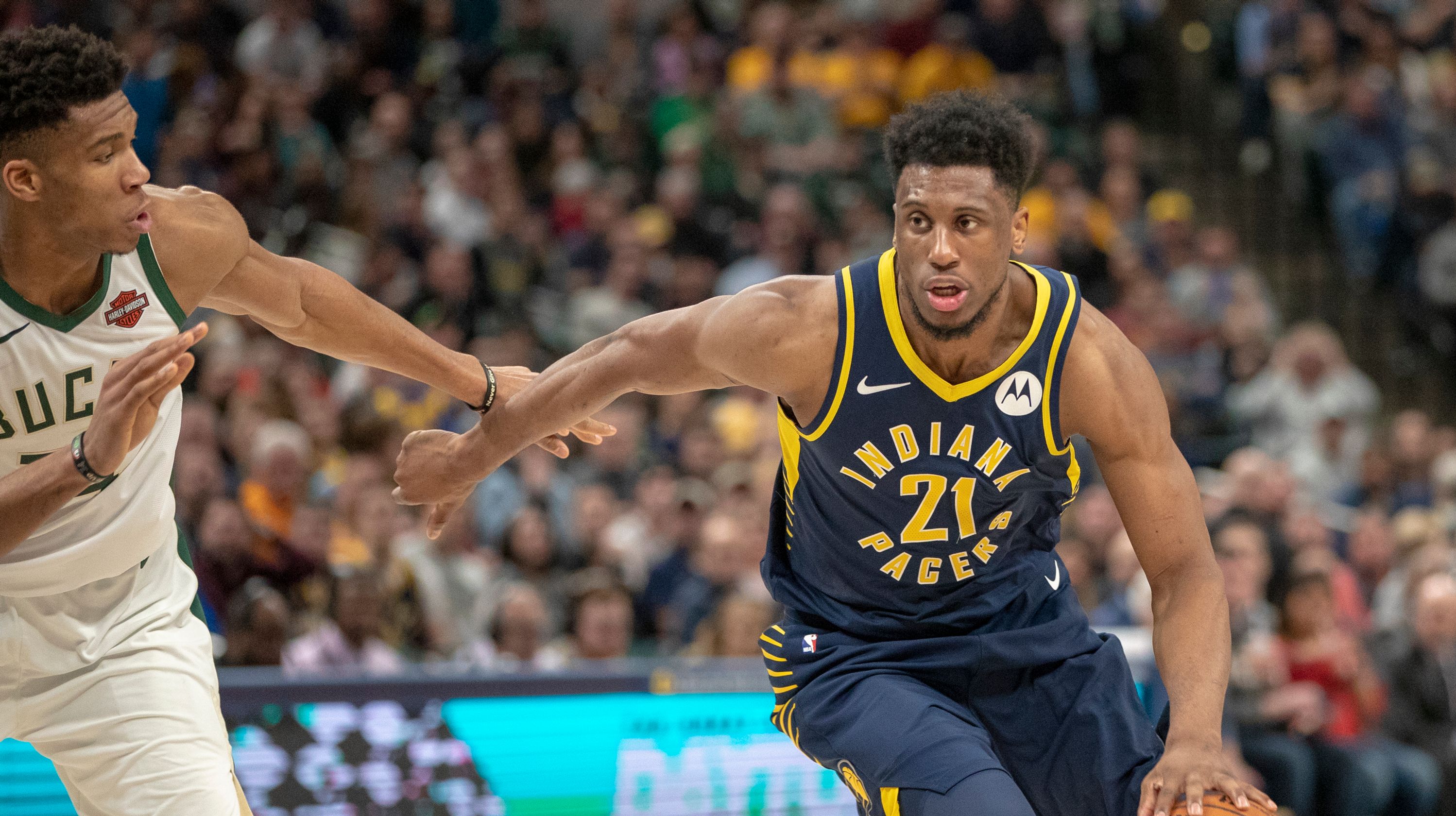 The Indiana Pacers have largely proved talented even in the absence of their All-Star and guiding light Victor Oladipo, though the recent set of games have made for a nail biting finish to another 40-plus win season.

The Indiana Pacers could have a 50-win season. Sure, they’d have to sweep its last four games to meet the half-dollar mark, but that statement is just as plausible now as it was in October. Following a 2017-18 season that included nearly knocking off the defending Eastern Conference Champion Cleveland Cavaliers, the Pacers are returning to the playoffs. They’ll do so this time without their All-Star Victor Oladipo, but in exchange, have a calendar year’s worth of experience off of which to build.

Initially, Oladipo’s injury was a direct blow to Indiana’s central nervous system. The Pacer’s powered through long enough to seal finish the game against the Toronto Raptors, which was marred by Oladipo’s loss. But reality quickly set in. Indiana loss the next four games, barely cracking 100 points in each and tying a season low of 89 points against the floundering Washington Wizards.

Without Oladipo’s near-19 points per game, the Pacers became a starless team in a star driven league. “As you can see it’s a quiet locker room right now,” Thaddeus Young said following the Pacers’ 132-100 loss to Golden State on January 28. “No music playing. The vibe is definitely off. In no uncertain terms, Oladipo was the matinee, primetime and encore performer at the Bankers Life Fieldhouse, and his team was quick to upsell his importance.

And then something clicked. Against the Miami Heat on Saturday, February 2, the Pacers hit all their team marks. Their defense was on point and limited the Heat to just 88 points. They shared the rock, dishing out 26 assists, surpassing a self-imposed goal of 25 per night.

“We have a great group of guys in this locker room that can put up numbers too,” Pacers forward Bojan Bogdanovic said. “Without Victor we have to be better defensively, and we executed that tonight. It’s a mental thing and this win was important to us.”

It’s almost like the Pacers realized they could win without Oladipo (they did). The team had a sample of an Oladipo-less existence between November and December, when Oladipo missed 11 games to an ailing right knee. The Pacers went 7-4 during that stretch and in the process identified the aspirational narrative that would carry them to this 45-win mark.

Win more than you lose.

That’s an easy mantra to have. Doing doable things isn’t just a sports motto, it applies to life itself. Indiana doesn’t have some ulterior story line to play up. There’s no record setting guard as on Houston, nor is there a shot at another season-long triple double average. The Pacers are simply out to play good, competitive basketball. And without Oladipo, taking advantage of winnable contests became more than just locker room poster fodder.

During that 11-game slate without Oladipo, the Pacers took two Ws over the Utah Jazz in addition to wins against the Phoenix Suns, Chicago Bulls, Orlando Magic and Sacramento Kings. Only one of those teams—the Suns oddly enough—managed more than 100 points in Pacers victories. Bogdanovic wasn’t kidding; with out a 20-point per game scorer, the Pacers needed better defense and a fortified offense. Sure enough, they filled that void, led in part by Myles Turner’s 3.3 blocks and complimented by a jump up to 28 assists per game.

Unfortunately, the Pacer’s post-Oladipo high has worn off. Since mounting a seven-game win streak in December Indiana has been unable to win more than two games in a row. The Pacers still win more than they lose, but they enter the final stretch of the season having won just three of their last 12.

The remaining contests don’t let off the gas pedal; Indiana plays four games against playoff teams (Detroit Pistons, Brooklyn Nets and the Boston Celtics) and one against the surprise-laden Atlanta Hawks. Though the Pacers are in little danger of falling out of the fifth seed, entering the playoffs with lowered morale could be the difference maker for a team that was all but eliminated at the sight of Oladipo’s injury.

“We’re still in a fight for fourth place and homecourt advantage in the playoffs,” said Bojan Bogdanovic after Saturday’s loss to Orlando. “We have to stick together. We know how good we are and can be when we play our basketball and our defense. We just need to stick together.”

Right now, the Pacers will have to band together. The Magic, Pistons and Nets are all at least .500 over the last 10 games, while the Pacers have hit a wall. Finding a way to secure a third season of record improvement would be phenomenal, especially sans-Oladipo and the added camaraderie will give a push towards a potential first round upset over a dysfunctional Celtics squad. They’ll have to dig deep, like they did against the Pistons on Monday, when Indiana turned the tides on a hot Detroit start to finish the game with seven players in double-digit scoring.

“The good thing is, [the toughest stretch of the season] is happening right now before the playoffs,” Darren Collison said. “If it gets us a little tougher mentally and if we cut down some of the mistakes we’re making in the fourth quarter of these games, we’ll be fine. We’ve got to be tougher.”

With five games left, the Pacers are still fighting for their season. Recent trends aside, it’s high time they start to win more than they lose.