You are here: Home / Baseball / The Matt Kemp Trade aka The World Is A Confusing Place 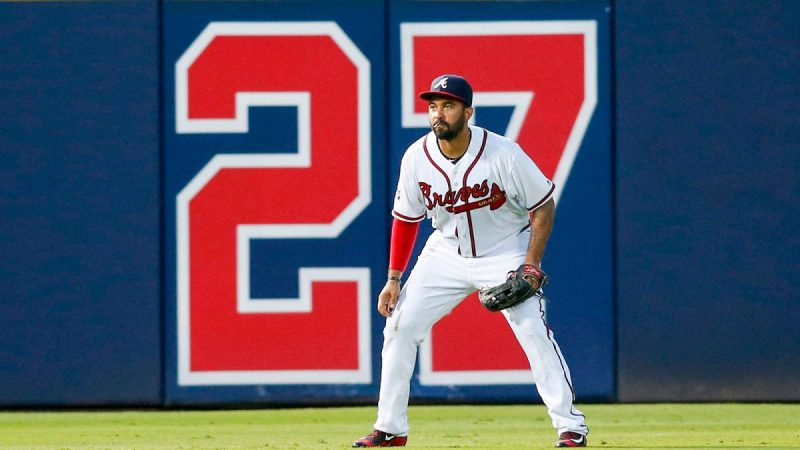 As it goes in life, time will ultimately tell who won and lost the trades made before the 2016 trade deadline. However at this present moment I am truly confounded by some of the moves completed this July. The world is indeed a confusing place.

Matt Kemp will never be worth the money given to him by the Dodgers in 2012. He was coming off a second place finish in the NL MVP voting when he signed a 8 year/$160 million dollar contract with Los Angeles. His career has been plagued by injuries ever since. At this point it is abundantly clear that he will never again be the dynamic star he once was. He has however shown to be a very competent power hitter for San Diego in recent years. As the Padres continue to sell off veteran talent it seemed inevitable that Kemp would eventually pack his bags. However, I don’t think anyone saw THIS Kemp trade coming.

Two days before the 2016 trade deadline the Atlanta Braves acquired Kemp along with some cash from the San Diego Padres for OF Hector Olivera. The Padres had zero intention of keeping the troubled Olivera and he was waived as soon as the deal’s ink dried. Clearly this is a salary dump for San Diego–nothing too extraordinary about that. Well that is until you take a closer look at the money involved:

Using a pencil and my limited math skills the Braves payroll only increases about $27 million with Kemp’s addition. Meanwhile the Padres are on the hook for approximately $37 million (with $10.5 of it coming via L.A.). Shedding salaries through trades is nothing new in baseball. However typically, if the team shedding salary kicks in large amounts of money they in turn get rewarded with better prospects as compensation. In this case the Padres are sending away a guy hitting .265  with 20 home runs, paying approximately 60% of his salary and receiving nothing in return.

When it is all said and done Atlanta will pay out less than $9 million more in salary per season for Kemp. It seems inconceivable that the Padres couldn’t have struck a similar deal with another team and received at least a middling prospect or two as compensation. Kemp would’ve been well suited for an American League team where he could spend time as a designated hitter.

But why would the worst team in baseball want Matt Kemp, even at a decent price? Well I am glad you asked as I have finally deciphered the evil genius that is John Hart. There are four main reasons that this acquisition made perfect sense for the Braves.

1.) We talked about the financial aspects, but I glossed over one important point. Atlanta wanted Hector Olivera GONE. Olivera was a recent Cuban import that had been billed as a polished hitter who could play second or third base. Instead in his brief stint in Atlanta, Olivera proved to be a weak hitting left fielder. Then in mid-April he was charged with assaulting a woman in a hotel. MLB eventually suspended him for 82 games. His suspension was to end on the same day as the trade deadline, August 1st. The Braves had no intention of ever letting Mr. Olivera put on their jersey again. They made it known that they would move the fallen prospect for peanuts but there were no takers. Although Atlanta never publicly stated it, it is almost certain that if this Kemp deal hadn’t happened the team would’ve simply released Olivera and ate the $28 million. Long story short, a hefty part of Kemp’s contract is being paid for by money that the Braves were about to lose anyway.

2.)The Braves are opening their new stadium in 2017. The Braves are leaving venerable old Turner Field and are moving into Sun Trust Park. While the team will likely still be bad next year, it doesn’t hurt to have some star power in the line-up. The Braves would like to give the fans something to be excited about as they enter a new era. To help that cause so to speak, Kemp is showing early signs of a player that may want to stick around even if that’s not Atlanta’s hope past next season. 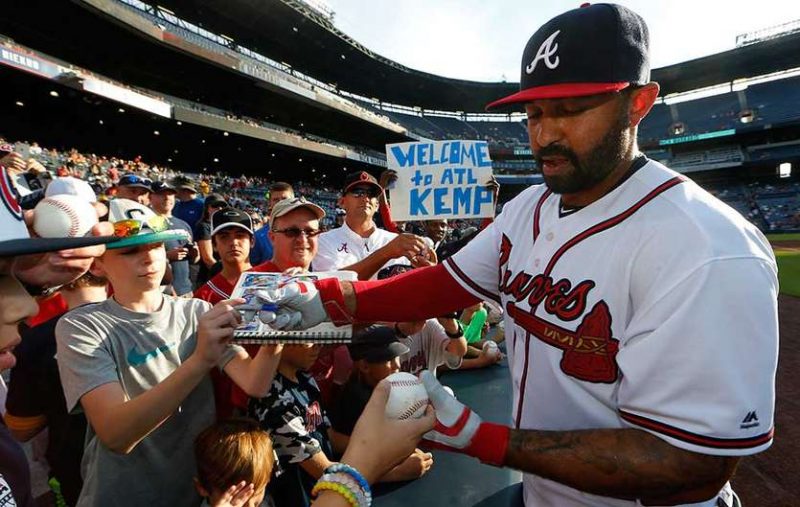 3.)The Braves have money to burn. Prior to the Kemp addition, Atlanta had less than $50 million locked up in next years salary. Although the team will still clearly be in rebuild mode it won’t hurt them to add on a veteran too. Acquiring Kemp did not damage their bottom line.

4.) Lastly Matt Kemp may attract more than just fans. If he is able to put up similar stats in the 1st half of next year he can be trade bait at the 2017 deadline. There was no real market for Kemp this year but that may change by next July. At that point he will still be just 32 years old but his remaining contract will be one year shorter.  If he can prove to be productive, teams needing offense will come knocking. And when they do the Braves will be waiting to acquire more young talent. John Hart has repeatedly shown that he is willing to play the long game. Usually that means trading for high upside prospects that are years away from the majors. In this case it means buying Matt Kemp in the bargain bin and hoping to be able to sell him at a profit in 2017.