You are here: Home / Baseball / The MLB Trade Deadline impact on the American League 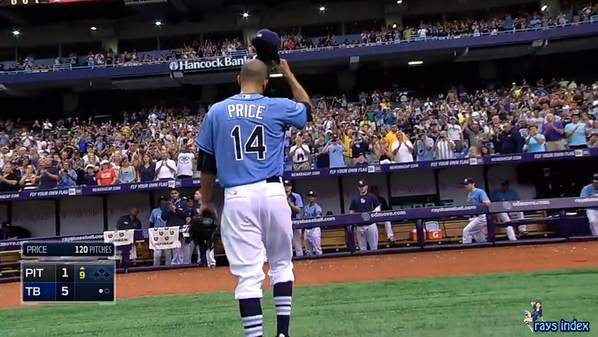 The 2014 trade deadline was one of the most dramatic in recent history. Trades came fast and furious. The impact of these deals will certainly play important roles in the 2014 post-season race, as well as years to come. Who won, who lost? Shawsports has the answers for you.

Let’s take a look around the American League.

Baltimore adds the hard throwing Miller to their already formidable bullpen. The pen is certainly ready for the playoff push. Time will tell if the starting rotation is as prepared.

Give Up: No one

The Jays are within striking distance of the playoffs but did not make any moves to the chagrin of Jose Bautista.

The Yankees continue to get better and the better end of deals, in theory. However it’s questionable if any of these additions are enough to get them over the hump.

The Rays get an unspectacular return for a superstar pitcher who is under team control for one more season. The deal looks even worse considering what Boston got in return for Jon Lester earlier in the day.

Wow! Double wow! Talk about retooling on the fly! If the Sox can get Allen Craig to return to form their 2015 line-up will be deep and dangerous. Kelly and Rodriguez project to be mid-rotation type pitchers.

Losing Austin Jackson is a big blow, but with addition of Price gives the Tigers the best rotation in baseball. Imagine Justin Verlander and Anibal Sanchez at the back end of their playoff rotation!

With James Shields heading into free agency after this season, 2014 seems to be do or die for the Royals. A move should have been made.

Give up: Asdrubal Cabrera

Sometimes low & mid-market teams have to make tough decisions. The trade of Cabrera was softened by the fact that top prospect Francisco Lindor is about ready to take over at short stop. Walters is an intriguing pick up.

There was no reason to hold onto Adam Dunn. However it’s hard to believe that they would’ve gotten a prospect of substance in return for him anyway.

The Twins deal a guy they claimed off waivers back to his original team and receive a legitimate MLB starter in return. That is genius!

The A’s have truly gone all in for 2014. The Lester rental for Cespedes will be graded solely on the teams playoff results. They will assuredly miss the big Cuban in 2015. The Tommy Milone trade is worthy of an F.

The Angels took care of their bull pen needs well before the deadline. They feel they are ready to go.

While neither Jackson nor Denorfia will set the world on fire with their bats, they are vast improvements to what the Mariners had. The Mariners needed a little more offense to support their pitching staff, and they got it.

The Astros continue to move major league contributors for prospects, when will the madness end? With that said, Houston dealt from pitching strength and grabbed a couple of interesting prospects.

The Rangers moved a couple of bullpen pieces for prospects earlier in July but stood still at the deadline. It seemed like a perfect time to move Alex Rios, but no offered they received enticed them enough.