You are here: Home / Basketball / The NBA’s Attempts at Transparency are Backfiring 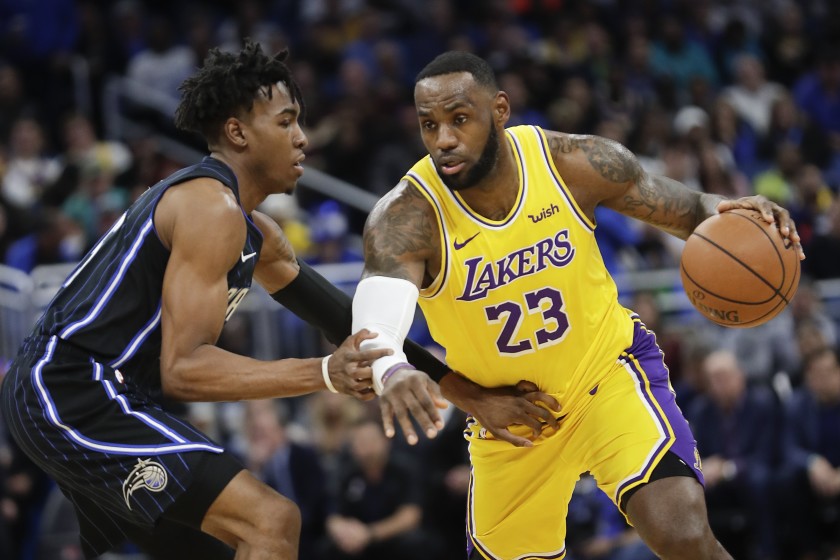 NBA Referees lost the benefit of the doubt on July 9, 2019. Following trial runs in the G-League and 2018 Summer League, the Association’s Board of Governors approved a measure that would allow reiview of one call per game through the 2019-20 season: the coaches’ challenge.

At a time when replay technology is approaching its apex – earlier this decade, in 2013 the NBA installed six SportVu cameras in the rafters of each arena to track players and the ball as data points – bestowing the power of review upon coaches seemed like the perfect move for an organization so heavily concerned with accuracy, representation and empowerment. In the 2014-15 season, the league doubled down in its hunt for on-court precision by fully staffing a Replay Center at the NBA headquarters in Secaucus, NJ, with the intention of speeding up and supporting the referee judicial process.

All of these tweaks add up to an organization that, at least externally, values the creation of a fair athletic environment. After an underground betting ring came to light in the mid-aughts, the league lobbied against repeat offenses. In a world in which deflate-gates pop-up overnight, the NBA chose transparency for its multi-billion-dollar affairs.

I’ll circle back to the referee’s review of this call, but first, let’s discuss both actors involved in this play. First, we have LeBron James, father of high school phenom Bronny, and recently dubbed the Associated Press Athlete of the Decade. He’s a four-time MVP, All-Star, All-NBA talent, and the reason the hearts of Michael Jordan fans skip a beat every time a Laker game tips off. To reiterate, he’s inhuman, quite frankly a symbiote who has never shown signs of his age beyond a pulled groin last December.

Then there is Anthony Tolliver, an underrated 3-point shooter and journeyman rarely hailed for his defensive efforts. Tolliver has blocked six shots this season, exactly one of which was a chase down. (My personal favorite Tolliver rejection was against Shai Gilgeous-Alexander, in which his phantom fingertips grazed Gilgeous-Alexander’s layup only to send both players careening into the stanchion like third graders in a tumbling class.)

James and Tolliver are two different breeds, but somehow, lead referee Pat Fraher stands firm in his team’s rationalization that an inadvertent knee tickling from Tolliver against James’ left foot was enough to signify foul-worthy contact.

“The foul call was initially called by Matt [Myers] and when Coach [Terry] Stotts challenged the play the crew chief [Fraher] is responsible for looking at the play. Upon review, from the baseline angle we saw the defender, Tolliver, run up behind a vulnerable airborne shooter, being LeBron, and make illegal contact with his left knee to the left foot of LeBron.”

Refereeing is a hard job. It’s like if a classroom had three teaching assistants for ten kids, except the children are all superhuman, capable of lightspeed takeoffs and aerial feats that rival Cirque du Soleil. So, to say that Myers caught a glancing blow when the play was quite clearly happening at least three-and-a-half feet above James’ foot should be suspect.

They reviewed the call and it stood. James earned two free throws and a nomination for one of the best flops of the decade.

These are the calls the coaches’ challenge was supposed to prevent. The NBA made clear how much it valued freedom of movement in 2018 and by most accounts, Tolliver afforded that to James. Unfortunately, Tolliver became the latest victim in the NBA’s misguided approach to transparency.

The NBA is in the business of putting the highest quality basketball in front of fans some 1,300 times per year. That means league staff and executives are constantly searching for ways to enhance fan engagement while improving the product on the floor and maintaining parity. The coaches’ challenge theoretically addresses two of those goals, while sending the NBA back to the dark ages in terms of the time it takes for referees to review challenged calls.

The challenge hasn’t seen positive reception. It’s been improperly ignored (see Harden’s dunk-but-not-dunk against the Spurs). More regularly, it’s widened the divide between officials and teams. The challenge was supposed to help improve the accuracy of calls during the height of action. Instead it’s encouraging refs to commit to poor calls under the safety of authoritarianism.

Why implement a challenge if officials so sparingly overturn calls? The league has given its adjudicators so many things to look for on any given play – landing zones, clear paths, planted feet etc. – but still affords them just three sets of eyes for every call. The challenge was intended to tip the dynamic between teams and refs closer to neutral, but the inability of players or coaches to speak out about calls post-game without facing financial penalties tips the scales back in favor of the referees.

This power struggle was foreshadowed during the preseason. After Houston Rockets General Manager Daryl Morey endorsed Hong Kong regarding the imposition of China on the island population’s civil liberties, Commissioner Adam Silver took what he perceived the path of least resistance: neutrality.

“The NBA will not put itself in a position of regulating what players, employees and team owners say or will not say on these issues,” Silver said in an October release. He avoided charged language about political systems and glossed over facts about rubber bullets and gas grenades in favor of protecting the main interests of the NBA – playing basketball games.

Like the coaches’ challenge, Silver’s stance was lip service to all parties involved. It absolved either side from wrongdoing, in a paltry attempt to recreate Rodney King’s cry: “Can we all just get along? (in the name of basketball and money). Silver’s speech hasn’t fixed the international crisis Hong Kong faces any more than the coaches’ challenge empowered teams against human error. Something’s got to give.