You are here: Home / Basketball / The uncertain future of the Washington Wizards 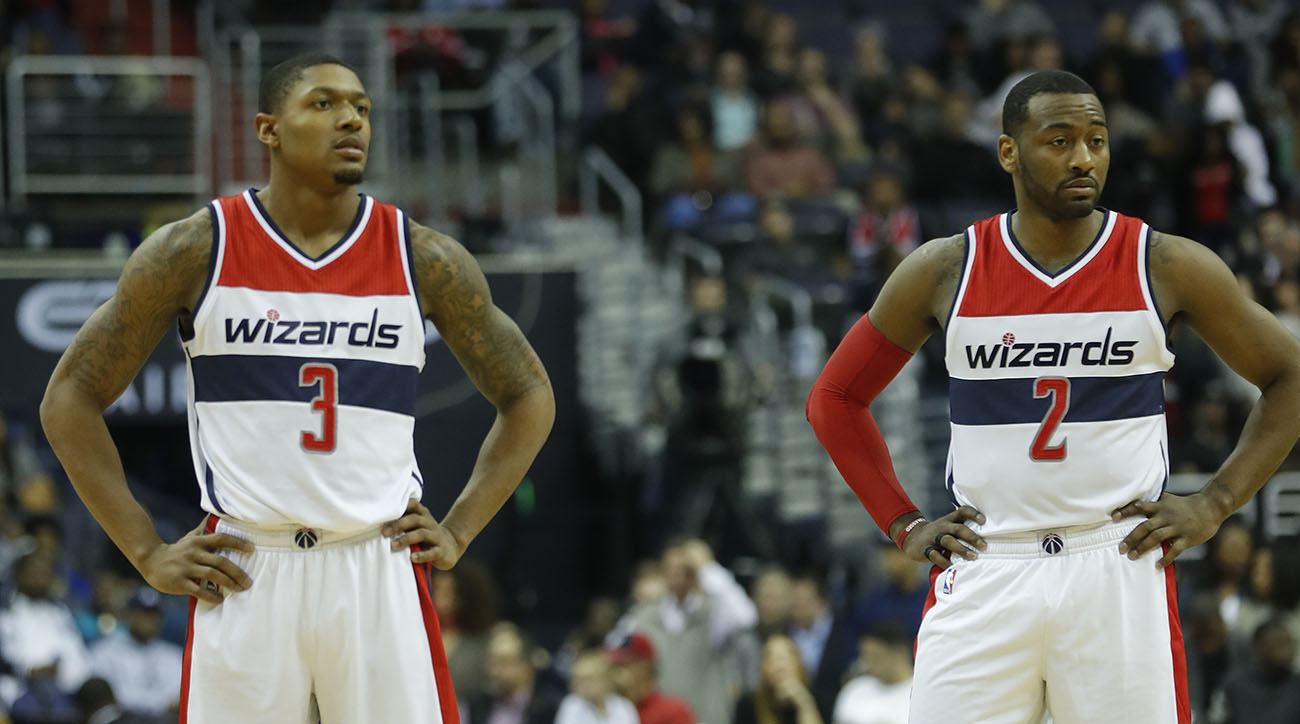 The Washington Wizards came into the 2018-19 season with their eyes set on a third consecutive playoff appearance. With John Wall and Bradley Beal both in the prime of their careers, team president Ernie Grunfeld attacked free agency with multiple win-now moves.

Grunfeld first traded starting center Marcin Gortat to the Los Angeles Clippers for combo guard Austin Rivers. Gortat wasn’t meshing well on or off the court for the Wizards, and Rivers was coming off his most productive year as a pro. Swapping an aging center for a young, confident guard seemed like a great start to the offseason.

Later, the team signed eight-time All-Star Dwight Howard to replace Gortat inside. Although not the dominant force he once was, Howard proved in 2017-18 he could still produce as an above-average center. The big man averaged 16.6 points, 12.5 rebounds and 1.6 blocks per game last season with the Charlotte Hornets.

With LeBron James finally out of the Eastern Conference, several teams arose as contenders in a now wide open path to the finals. With stellar guard play and added depth, the Wizards were one of those teams.

The lofty expectations fizzled rather quickly, however.

Howard, who played just nine games for the Wizards early in the season, underwent a lumbar microdiscotemy in late November. The initial diagnosis had Howard sidelined for 2-3 months, but it seems like he won’t be suiting up for the Wizards again this season.

To make matters worse, Wall ruptured his Achilles tendon after 32 games. Wall was averaging 20.7 points, 8.7 assists and 3.6 rebounds per game prior to the injury. It’s hard to say there’s a worst possible time for a devastating injury to an explosive guard, but this might be it for the Wizards. Wall’s recently signed contract extension worth $170 million over four years kicks in next year, and there’s no telling what he will look like upon returning.

Since plummeting out of playoff contention, the Wizards have unloaded their roster and overhauled the entire organization.

Over the course of the last five months, Washington traded away Jodie Meeks, Jason Smith, Kelly Oubre Jr., Austin Rivers, Otto Porter Jr., and Markieff Morris. In exchange, the Wizards added Sam Dekker, Trevor Ariza, Jabari Parker, Bobby Portis, and Wesley Johnson. Rarely do NBA teams completely uproot their roster for a new group of players. The Wizards did just that, and in the middle of the season no less.

On Wednesday, the team announced Grunfeld had been fired after 16 seasons as the Wizards president. Team owner Ted Leonsis is clearly eager to hit the reset button on the franchise and get past the controversial and flat-out unusual managerial decisions made by Grunfeld over the last decade.

But where can he even start?

Wall, who will be coming off major surgery and a year-long rehab process, will be owed $37.8 million next season. Sure, he could return as the All-Star-caliber point guard averaging close to a double-double, but at 29 years old that’s unlikely. Considering the uncertainty regarding his return and the massive contract he’s owed, it would be a near impossibility to trade him for anything close to his full value. Wall seems to be locked into a starting spot for the next four years.

Bradley Beal, however, presents a much more interesting decision for the Wizards this offseason. The shooting guard is playing at an All-NBA level this year in his seventh season. Beal is averaging a career-best 26.0 points per game, but it isn’t just his scoring that has improved. His playmaking has taken a significant leap as he assumes a larger offensive role with Wall sidelined. The 5.5 assists per game he dishes out is also a career high.

Beal is locked in to a five-year contract worth over $127 million that can keep him in Washington for two more seasons. For a player entering his prime and quickly becoming one of the most prolific scorers in the NBA, this contract is extremely team-friendly. However, unlike Wall, Beal would be one of the hottest names on the trade block this summer if the Wizards decide to shop him and free up cap space. If Washington is truly willing to reboot and start fresh, this could be the first move they make.

Ideally, the Wizards find a way to unload Wall’s contract onto a young team seeking a superstar while keeping Beal around. After that, the roster construction could go a number of different ways.

The Wizards have only four players; Wall, Beal, Ian Mihinmi and Troy Brown on the books for next year, with Howard possessing a player option and Jabari Parker a club option. To save a respectable cap number, Washington has to find a way to get rid of Mihinmi’s massive contract.

The 32-year-old center averaged just 3.9 points per game in 32 appearances this year and is due more than $15 million next season. If nothing else, he’ll stand as the poster child for Grunfeld’s contract mishaps over the years if the Wizards can’t find a trade partner or agree to a buyout this offseason.

After that, the current roster is composed of some promising young talent. Parker, Portis and Bryant have been effective additions to the team and the Wizards would be wise to keep them around.

The biggest issue for the Wizards moving forward isn’t a lack of talent. It’s a lack of money. They’re currently bogged down by two of the worst contracts in the league in Wall’s and Mihinmi’s. There’s little room to improve the roster if Washington can’t shed its cap hit, let alone any room at all to sign a max free agent.

That’s why a viable option for this organization is to strip down and start from scratch. The Wizards got rid of one problem in Grunfeld recently, but they might have to get rid of all his mistakes before they can truly move on.

Official: We have relieved Ernie Grunfeld of his duties as Team President.https://t.co/a811eQj4Ws

.@TedLeonsis on today's news and his plans for the organization moving forward.