You are here: Home / Basketball / The Unexpected Struggle: The Tale of the Washington Wizards’ season 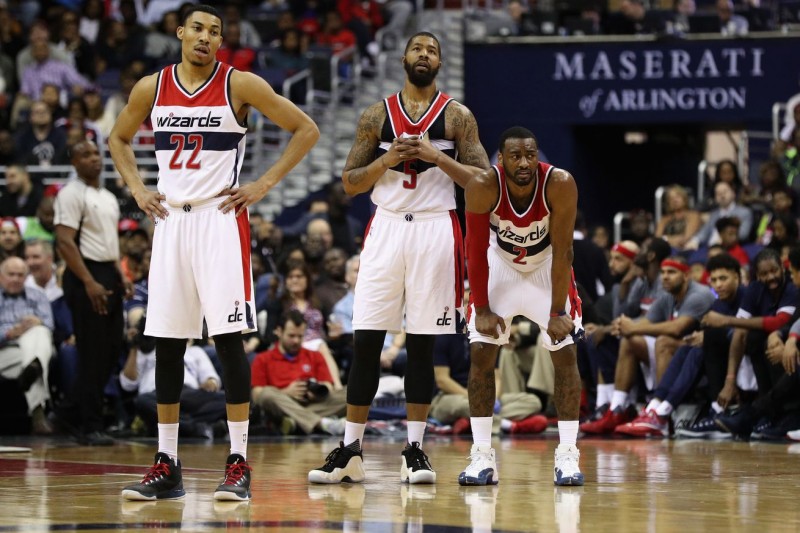 Did anybody expect the struggle the Washington Wizards have had this season? They have performed sub-par this year and are on the outskirts of the eighth seed in the playoff  race. Their hopes are still alive (for now) but get slimmer by the day.

The Wizards are led by elite point guard John Wall who has averaged 20.1 points and 10 assists this season. He is one of only three point guards who average a double-double but still his lofty stats have not equated to a winning record for the Wizards. But the question is why?

One of the major struggles for the Wizards this season has been health. Mainly the health of their star shooting guard Bradley Beal. The sharp-shooter is in his fourth year out of the University of Florida and has only appeared in 46 games. Even when ‘healthy’ he has been on the floor two and a half minutes less than his previous two seasons due to a minutes restriction caused by his balky leg. Beal is supposed to be Wall’s right hand man, but without him the Wizards have seen struggles this year with Wall having to score more to keep the team afloat.

The continued decline of Nene has also been a factor in the Wizards struggles this season. His deficiencies seem to multiply when you take into account the aforementioned Beal missing much of the season. Nene was the starting power forward last year but his role reduction caused the mid-season acquisition of Markieff Morris. Nene now averages just 8.5 points per game…the least in his entire career (of seasons with at least 20 games played). He also averages 4.4 rebounds a game, also the worst in his 15-year career.

Washington currently sits at 35-37 and 3.5 games outside of the eighth playoff seed. The Wizards have potential and a bright future if they can keep Beal, Wall and Otto Porter together. But the obvious failure this year has been may caused a setback and ruined any chance for them to attract Kevin Durant in free agency.

Every Wizards fan will be hoping that Wall is a guy that can attract other free agents as this team looks to transform into championship material over the summer. Until then, the struggle remains despite a talented roster.