You are here: Home / Entertainment / The vibrant and fun to watch Paul Walker dies in a tragic car accident 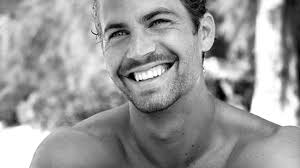 We have all followed Paul Walker‘s career rise as we have watched ‘The Fast and the Furious’ franchise movies. In each installment of those films, his character was the glue, and sometimes the antagonist of the group. Either way, Paul Walker’s character grew. Followers of the film franchise loved his role as ‘Brian O’Connor’ the undercover agent that turned into a beloved criminal fighting against evildoers with horrible intentions. As we watched him race into our lives with ‘The Fast and the Furious’ films, we have all had to hear of his tragic death in a car accident on November 30th.

Walker was only 40 years old and just recently finished filming the upcoming movie ‘Brick Mansions‘  that is due to be released in 2014. He was also still filming the 6th sequel to the ‘The Fast and the Furious’ movie series.  He is survived by his daughter Meadow Walker and will be truly missed by fans all over the world.