You are here: Home / Basketball / Things Aren’t Pretty for the Nuggets, But There’s Hope 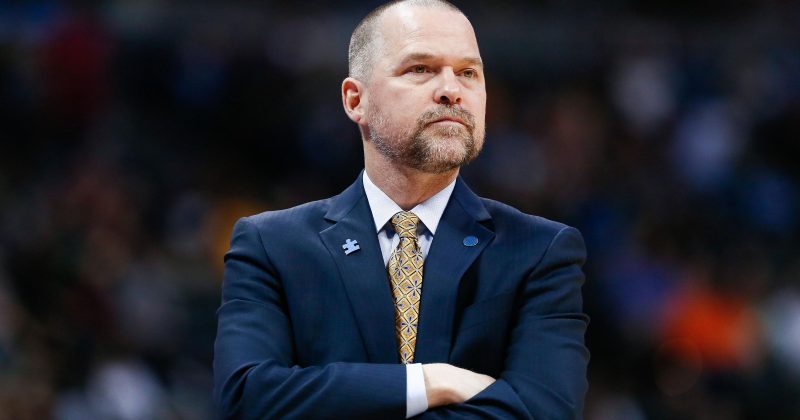 The past few years for the Denver Nuggets have not been pretty as the organization has gone through a complete restructuring from players all the way up through general management. The 2012-2013 term was the last winning season on the books for Denver, but they have made great strides forward that should eventually lead to wins. The gruesome loss to the Warriors  on November 11th on Denver’s home court was a harsh reminder that there is still a lot of work to be done but in time this team has the makings of something special.

In the summer of 2015, Mike Malone was hired by the Nuggets to replace Brian Shaw who had been released by the organization earlier that year. Malone’s strategy was to come in and place an emphasis on overhauling the Nuggets’ struggling defense. Denver had, and still has, a very young team so Malone had his work cut out for him to get this young group trained and headed in the right direction. The 2015-2016 season was another bumpy year for the Nuggets, but there were major signs of progress. Malone and his coaching staff worked to earn the respect of the same players who had previously rejected Shaw. At the end of the 2015-2016 season the Nuggets again missed the playoffs, but Coach Malone challenged each person to come back after the off season a better player.

Over the summer Jusuf Nurkic shed some pounds making him more agile and less foul prone by virtue of being more mobile sliding his feet. Fortunately, he hasn’t lost any strength in the process. Forward Wilson Chandler rebounded well from his injury to come back healthy and ready to play and it also appears that Danilo Gallinari spent some time in the gym bulking up this summer. Let’s also not forget that Nikola Jokic won a Silver Medal in Rio, and was able to get some great experience competing and winning at a high level in the process. The Nuggets also got better by adding some great talent to their roster in the draft. Jamal Murray, Malik Beasley & Juan Hernangomez are very promising rookies who have already made solid contributions this year.

The Nuggets are 3-5 for the 2016-2017 season, and they’ve really had some heartbreaking losses. They won their first game in New Orleans and returned to Denver for their home opener only to lose in overtime to Portland. They won another nail-biter against Minnesota, but then had a blow-out loss to Detroit. They rallied back and handily defeated the Boston Celtics and have since lost the next two. So what’s up?

Where they need to improve:

Overall, Denver has struggled with competing for all 48 minutes of the game. They have primarily had issues with getting going in the first quarter. Some of the players have come out looking tired and lackadaisical. Even in their wins, the Nuggets have consistently dug themselves a trench to crawl out of as they let the opposing team take double digit leads with lack-luster defense. This causes their offense to struggle, and they end up taking tough perimeter shots and hesitate to penetrate. When they are able to get to the rim they struggle mightily with finishing. They’ve missed far too many lay-ups and high percentage shots so they need to place a major focus on finishing strong.

The last–and most serious–area of concern is turnovers. The Nuggets’ turnover situation has progressed from an opportunity for improvement to a weakness. It’s normal for young players to struggle with turning the ball over, and being that the Nuggets are a young team it’s no surprise that this is a problem for them. Nonetheless, the coaching staff will need to teach these guys how to protect the ball. Denver has had three games where they’ve turned the ball over 20 times or more. That can’t continue if they hope to record a winning season.

When the Nuggets can play together for 48 minutes, they are absolutely fierce on defense. In their win against Boston, the Nuggets executed in every way possible and brought intense energy from tip off. By and large, Denver executes well offensively as their ball movement is brilliant. Remember that they don’t have a superstar so at any given moment, anyone can be the guy to get the job done. As such, the Nuggets have had 5 or more players in double digit points in all but one game this year. They’ve also been able to put themselves in a position where they take a calculated three point shot instead of getting forced into an ill-advised three on an expiring shot clock.

Currently, the Nuggets rank first in the league in rebounds 59.9 per game. Typically, the team with the most rebounds wins the game. The addition of the Twin-Towers line up that has Nurkic and Jokic starting with Kenneth Faried coming off the bench has proven to be an excellent defensive strategy. These three on the boards is cause for concern for their opponents.

It may be foolish, but I believe in this team. I’ve sat front and center through the good times and the bad these past few seasons and I finally like what I see. If they can continue to progress together I believe we will see very good things in the future. Nuggets fans are a little restless waiting for it all to gel but I see light at the end of the tunnel.