You are here: Home / Featured / Football / Tony Gonzalez May be Calling it a Career 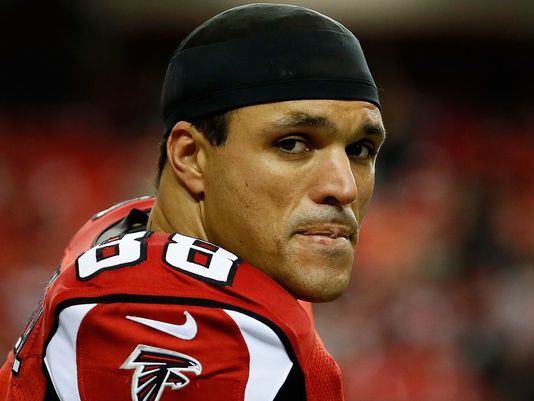 Tony Gonzalez could be playing the last game of his 17 season NFL career as a member when  the Atlanta Falcons play the  Carolina Panthers. This announcement comes after Erin Andrews took to twitter with a report that Gonzalez attended his very last team practice.

Our crew on conference call with Tony Gonzalez..he just said, I’m talking to you guys as I walk off the practice field for the last time.

Tony Gonzalez came into the league in 1997 after being drafted by the Kansas City Chiefs. Tony’s tenure with the Atlanta Falcons began in the 2009 season. The hint of possible retirement doesn’t come as much of a surprise given that he announced retirement last season and reversed his decision to contend for a championship. Unfortunately for him, Atlanta has been suffering from a mountain of injuries, and have had one of the worst seasons in the NFL.

The irony in Gonzalez’s retirement discussion is that he can still play. He currently ranks 2nd to Jimmy Graham in receptions with 79, he is in the top 5 for tight end receiving yards and ties for 3rd in TD’s. For Tony, it’s not nearly a question of ability. For certain he is looking forward to spending time with his family.

Sunday’s game against the Panthers is likely to be very emotional for Gonzalez  and the Atlanta Falcons. The Falcons will  likely be taking snaps with their future Hall of Fame TE for the last time. Atlanta would like nothing better than to send him out with a bang.

Unfortunately, Carolina isn’t trying to be so generous.

The Panthers locked up a playoff berth last week and can win the NFC South if they win against the Falcons on Sunday. A win can also place them in the discussion for home-field advantage in the NFC if the Seahawks lose and the 49ers win. For the Panthers there is too much at stake.

For Tony, it’s his legacy that he’ll possibly be saying goodbye to for the last time.