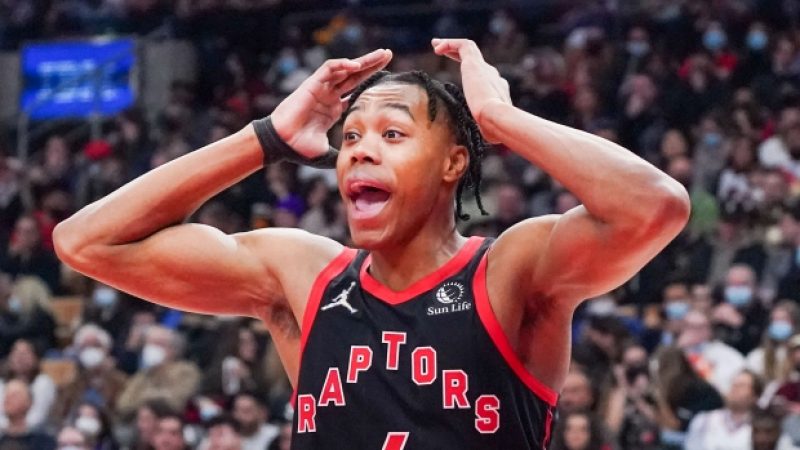 After a start that some would consider surprising, the Toronto Raptors have fallen back to the pack in the Eastern Conference. Still, the Raptors are a respectable 7-8 and have a talented roster that bodes well for the present and future.

Scottie Barnes is thriving and has a realistic chance at rookie of the year. OG Anunoby is having a breakout season and Pascal Siakam has returned from a labrum tear that kept him out of the team’s first 10 games. Toronto is likely to roller coaster most of the season, but good news is brewing for Raptors’ fans living in Ontario. BetMGM Canada is expected to launch in Q4 2021 as reported by SportsBettingDime.com.

Astute fans should check the odds before each game and place their wager, but the Raptors are a curious bet so far this season. They have had quality wins against Washington, New York and Philadelphia but perplexing losses to the Pistons and Blazers (their last two losses). Additionally, they are in the midst of a six-game road trip with pit stops in Utah and Golden State along the way. Trying to regain their early-season swagger will prove difficult as they look to reintegrate Siakam against some of the Western Conference elite.

We the North’s defense has headed south after their hot start, now ranking just 19th in defensive rating, 27th in opponents field goal percentage and 25th in opponents three-point field goal percentage. It’s interesting that a team with as much length as the Raptors have is struggling to find their way defensively—especially with the new rules that clearly favor stop-minded squads like the Raptors are supposed to be.

Conversely, Toronto’s scoring efficiency is much improved. They are up to eighth in offensive rating this season after finishing 16th a season ago. Nick Nurse has his team ranking fourth in both three-point makes and free throw percentage with a ranking of eighth in turnovers. All of these are key performance indicators when it comes to high-level offensive production. Toronto has scored 108 points or better in 9 of their first 15 games and it appears their new found touch on offense isn’t a fluke despite ranking just 29th in pace. The slower pace is something to watch but I wouldn’t be concerned as both Barnes and Siakam are capable of grabbing a rebound and pushing the ball themselves to get Toronto into their offensive sets. There’s some chemistry that still needs to build here as role assignments are shifting which could also improve the defense by season’s end.

So, who are these Raptors? Well, they don’t know just yet and that’s OK. Look for them to be oscillating between 10th and 4th in the East this season as the middle of the conference is evenly matched. If I’m betting on the Raptors I’m probably staying away from win/loss wagers and looking to cash in on lines focused on over/under total points…at least for now.