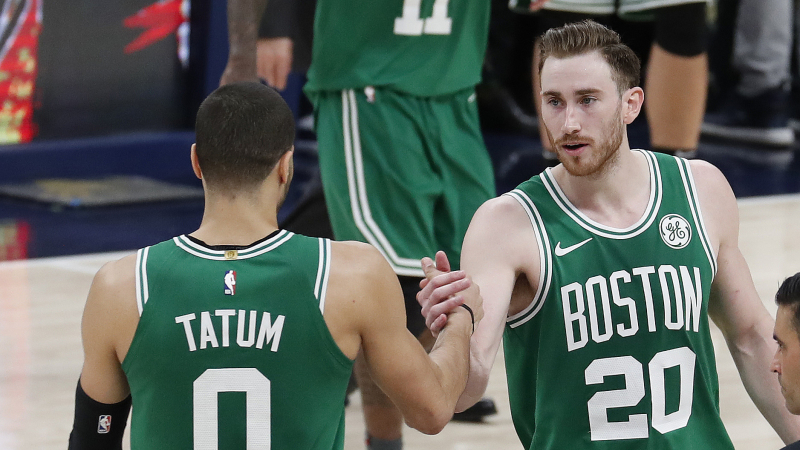 After losing to the Milwaukee Bucks in the Eastern Conference Semifinals,4-1, last year, the Boston Celtics had many questions going into the summer. Like many other teams around the NBA, the Celtics had much roster turnover during the summer. The Celtics had key contributors like Kyrie Irving, Al Horford, and Marcus Morris leave via free agency. They were also busy in the trade market sending Terry Rozier III and a protected 2020 second-round pick to the Charlotte Hornets in exchange for Kemba Walker and a 2020 second-round pick. They also sent veteran Aron Baynes and No. 24 overall selection in the 2019 draft to the Phoenix Suns in exchange for a 2020 first-round selection.

The Celtics were able to add key free agent Enes Kanter via free agency. During the NBA Draft, they were able to pick up Carsen Edwards, Grant Williams, Romeo Langford, and Tremont Waters. Boston was able to add undrafted rookie Tacko Fall and Vincent Poirier. After all the transactions, the C’s added eight new players into the fold.

Despite the roster turnover, the Celtics core of Jaylen Brown, Jayson Tatum, Gordon Hayward, and Marcus Smart remains in-tact. Since the departure of Horford, guard Marcus Smart has been on the Celtics longer than any other player on his team.

The Celtics have a tough start out-of-the-gate. Their first three games were against the Philadelphia 76ers, defending champion Toronto Raptors, and the New York Knicks. In the month ahead, they have tough match-ups against the Milwaukee Bucks, San Antonio Spurs, Brooklyn Nets (twice), Golden State Warriors, Dallas Mavericks, and the Los Angeles Clippers. With much roster turnover, the beginning of the season is going to be a true test for them. There are many unknowns with this Celtics team because of their youth. Brown and Tatum are expected to make improvements from last year. Hayward is expected to have a bounce-back year.

The schedule will only benefit this team down the road. It will test their mental toughness and it will help them develop chemistry. As the season wears on, the Celtics have the talent to improve defensively and offensively. Boston has versatile wings that can create their own shot, but also defend well.

With Kawhi Leonard leaving the champion Toronto Raptors to go to the Los Angeles Clippers, the Eastern Conference is wide open for the taking. The Celtics have the potential to be among the top three teams in the Eastern Conference. Early on, the Celtics will begin to learn what the team is about because of the way the schedule falls. Boston has one of the deepest and youngest teams in the NBA. Although they are young, they have seasoned vets like Hayward, Walker, and Smart.

The early tests in the schedule will help Brad Stevens figure out where the team is at compared to other contenders like the Clippers and Bucks. This will help the team figure out where they need to be by the end of the season. Much of their season depends on their player development as well as their team chemistry.