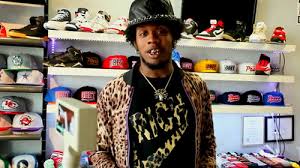 Trinidad James’ two-year tenure with the Def Jam label has come to an end. James tweeted about the unfortunate situation and let producers and any artists featured on his new album to release hopes about being paid for their contributions as he claims to have no money. His new album will now be released for free.

I should tell yall. I got dropped by the Label. My Album is now free. If u hear ur beat or verse on it. I hope u want dap cuz i got no money

He has a lot of potential and I think that another label will take a chance on him. After all, this is an usual situation knowing that James did in fact pay tribute to Def Jam after recently releasing a single naming it after them. I believe that James is a decent trap rapper who could definitely enhance his lyricism if he can release new material on a consistent basis. This is certainly an unexpected turn of events and hopefully things can turn around for him.