You are here: Home / Baseball / Featured / Twins & Morales Make An Odd Couple, But A Good Pair Just The Same 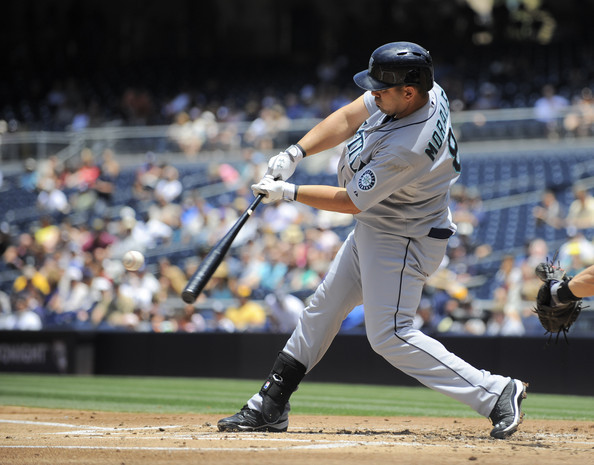 The Yankees were in. The Mariners were in. The Royals and the Rangers were in as well. However it’s the Minnesota Twins who have swooped in and grabbed free agent first baseman Kendrys Morales.

The contract is believed to be a 1 year deal worth a little under 8 million dollars. It’s a decision that is interesting from both sides.

While the Twins are not known as a big spending squad, the team was uncharacteristically aggressive entering the 2014 season. Early in last winter’s free agency they signed starting pitcher Ricky Nolasco to a 4 year deal. They then doubled up on their efforts by grabbing another pitching free agent, Phil Hughes. The results have been mixed at best.

Both pitchers were terrible in the month of April, but a surprising strong offense kept the Twins at the .500 mark. Since then both Hughes and Nolasco have been better, particularly Hughes, however the offense has slowed dramatically. The offensive struggles best encapsulated by Cinderella story Chris Colabello. He hit .286 in April with an amazing 27 RBI’s. But his season hit midnight in May as he hit a pumpkin-like .125 with only 3 RBI’s and was eventually sent down to the minors.
With the pitching becoming closer to what the Twins organization had hoped, it seems to make perfect sense to grab the best bat out there. It’s just odd that the small market Twins were able to grab him over other big spending squads.

For Kendrys Morales, you have to wonder if he regrets not agreeing to the one-year 14 million dollar qualifying offer the Mariners had gave him prior to free agency. The draft pick compensation attached to that qualifying offer left Morales in a holding pattern until after the draft. Basically he had a two month vacation, that cost him a little over 6 million dollars.

However, once the draft was over, it should’ve been a free for all for Morales. Any team with a struggling offense should’ve at least been kicking the tires for his services. The switch hitting Morales had 23 home runs and 34 doubles in the fortress that is Safeco Field. In coming days it will be interesting to see why he chose Minnesota. Where other teams not will to go as high as the Twins $12 million pro-rated contract? One thing is for sure, he went where his bat was needed. If the Twins are to get over .500 and make a playoff run, they will need Morales to help spark them. I’d suspect he will go directly into the clean-up spot. The new heart of the Twins line-up: Joe Mauer, Kendrys Morales, Josh Willingham, and Trevor Plouffe. Not exactly murderer’s row, but also not a cakewalk for opposing pitchers.

In truth this is a coupling made of struggle. A team’s hitting struggles, and a player’s contract struggles. Still it may be a match made in baseball Heaven. A playoff run, and a big long term contract in 2015 would be quite a win for both sides.