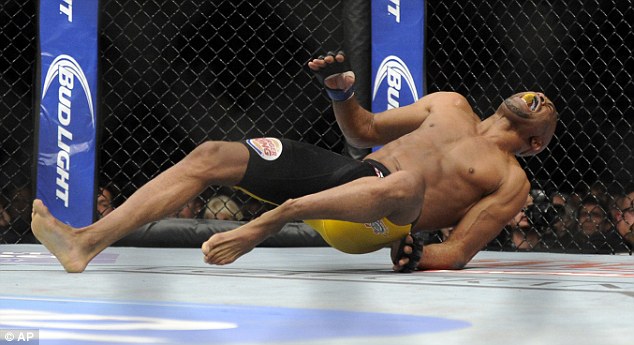 Two of the most drama and rhetoric filled rematches in UFC history took place Saturday night at UFC 168 in Las Vegas, NV.  Anderson Silva tried to regain his middleweight championship against Chris Weidman.  In their first fight Silva danced and pranced, taunted and feinted and dozed off just long enough for the unbeaten Weidman to knock him out.  In the co-main event Meisha Tate and champ Ronda Rousey squared off for the women’s bantamweight championship.  In their first fight Rousey broke Tate’s arm and won via armbar submission in the first round.  Their intense personal rivalry resurfaced full force as coaches on Season 18 of The Ultimate Fighter.

In the first co main event Rousey (8-0) won via armbar in the third round over Tate (13-5).  Tate became the first fighter to ever take Rousey past the first round in an MMA fight.  Tate got the better of the standup landing some good punches, Rousey dominated on the ground and Tate spent a good portion of the fight on the ground trying to avoid submissions by Rousey.  By the third round Rousey had worn down Tate, locked up her body and stretched out her arm and Tate quickly tapped for the submission.

In the men’s co main event Weidman (11-0) stopped Silva (33-6) in the 2nd round in horrific fashion.  Weidman dominated the fight pretty much start to finish almost knocking out Silva in the first round with punches.  Silva was still in the fight and alert in the second round when a leg kick by Silva was checked by Weidman, meaning he lifted his leg to block it and Silva’s kick made contact with Weidman’s knee resulting in a horrible broken leg.  As one of the greatest champions in UFC history it remains to be seen at his age if he can return from such a devastating injury.

In important preliminary fights Travis Browne (16-1-1) KO’d Josh Barnett (33-7) in the first round to become a serious heavyweight contender.  Browne devastated Barnett with a big knee and then several hard elbows to the head in a clinch against the cage.  Uriah Hall (9-4) stopped Chris Leben (22-11) at the end of the first round in a middleweight fight.  Hall pummeled Leben late in the round.  Leben stumbled to his corner and asked if he got knocked out.  When he was told no, he said “I’m done” twice and the fight was over.

Recap of all fights: