You are here: Home / Baseball / Featured / Fantasy Baseball: Value Plays in the Infield 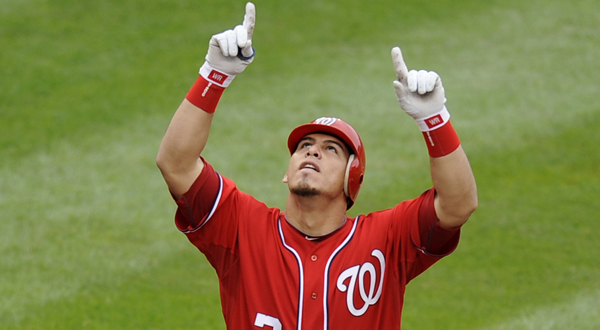 We are heading into the home stretch of spring training. For many of us this means that fantasy drafts are right around the corner. As a diligent owner I am sure you have done all of your research. You have your top picks, your sleepers, your breakouts as well as your busts. However there is one additional key element that is not touched upon nearly enough.

That is the value pick.

The players who go under the radar and end up being drafted so late that they hold sneaky value. They aren’t sexy, they aren’t the “it” guys. But for the savvy fantasy owner they may be the difference between being a contender or a champion.

Here are some players around the infield that you may be able to get on the cheap:

Detractors will say:
1) He is injury prone
2) He has never played a full season
3) Was just on a hot streak last year.

Why the naysayers are wrong: While none of those negative points can be denied, the positives may outshine them. Even if he isn’t quiet the stud he was over 2013’s 287 at bats, he should still easily surpass those counting stats with an extra 100-150 at bats in 2014. The fact that he hasn’t made it through a full season makes him a bit scary, but also means that you may get him for a dime on the dozen. Yes he is an injury risk, but all catchers are.

Bottom line: For one catcher shallow leagues Wilson proves that the position is surprisingly deep this year. You can wait until a catcher slips a round or two later then you planned on grabbing them. If you get “stuck” with Ramos you may be counting your blessings by mid-season. In two catcher leagues Ramos should make a solid #1 or a superior #2.

Detractors will say:
1) 2013 was a career season in a contract year
2) There is no chance his batting average will hold.
3) He is moving away from a better line up.

Why the naysayers are wrong: Well the detractors are probably right about the batting average. Salty raised his career batting average to .246 with his strong season last year. Expect his batting average to drop back to near normal levels. However, his other counting stats are not in as much jeopardy as one would think. He spent 2013 in a semi-platoon at the bottom of the Red Sox line-up. This year he will be an everyday player in the heart of the Marlins batting order. In addition he hit 25 home runs in 2012, so 14 home runs are well within reach.

Bottom line: Salty will likely be a steal as a #2 catcher in deep leagues.

Carlos Ruiz: He is getting old, and was not good for a whole lot other than batting average in his prime. Let it and him go people.

Detractors will say:
1) He is getting old.
2) He had 5 year lows in Batting Average, On base % and Slugging %.

Why the naysayers are wrong: Although his high at bat totals don’t show it, he played hurt most of the season. There is a solid chance that his sore shoulder dampened his numbers more than his age.

Bottom Line: It’s more likely he rebounds than declines. He is also OF eligible in most leagues, giving your team some flexibility.

Detractors will say:
1) Phillips is fading fast.
2) His RBI’s will plummet moving out of the #4 hole.
3) He doesn’t run anymore.
4) He is perennially overrated.

Why the naysayers are wrong: When EVERYONE says you’re overrated, the one thing you are not is overrated. Yes his RBI’s should fall, but his runs may rise. More importantly he is likely to run more with a return to the top 3 spots in the line-up. Last year he played thru an early leg injury greatly limiting his running.

Bottom Line: 90 runs with 15 home runs and 15 steals are well within reach. Don’t jump for him, but if he falls in your lap don’t be disappointed.

Detractors will say:
1) Career year!!!
2) The stolen bases came out of nowhere and will likely disappear.
3) The Mets may trade him.

Why the naysayers are wrong: Murphy is a good hitter on the rise. While his stats are career highs, outside of the stolen base totals, none of the numbers should come as a complete shock. It is very possible for him to repeat. As for that high stolen base total for the not quite swift of foot Murphy, 23 does seem extreme. However it is unlikely Terry Collins will put the brakes on him early on after last year’s success. Collins may NEVER put the brakes on if Murphy steals at the amazing 23 of 26 attempts from last year.

Bottom Line: Murphy had a bit of a Cinderella season in 2013, but the glass shoe may fit him. Don’t disregard him.

Ian Kinsler: He may run more this season but his power is gone forever, and it’s likely his batting average isn’t coming back either.

Why the naysayers are wrong: Not often does a fantasy argument lean heavily on defense, but this one does. It’s Gordon’s glove that will likely give him the 2nd base job for the Dodgers over Cuban sensation Alex Guerrero. Since Gordon is a shortstop by trade, his move to 2nd base gives him duel eligibility for your fantasy team. But the real reason he will make an impact is his legs. Dee is as fast as anyone on this side of Billy Hamilton. If he keeps the 2nd base job and hits at all he should be in the top 5 in stolen bases.

Bottom Line: You can’t draft Dee as your only 2nd basemen or shortstop because he could lose his job by mid-season if he or the team is struggling. But drafted as a utility or bench player his stolen base potential can make him a huge pick up.

Detractors will say:
1) He regressed last year as his batting average and slugging % dropped drastically.
2) He flopped in his year 27, he likely won’t get any better.

Why the naysayers are wrong: It is possible the detractors are 100% right on this one. However it is equally possible he returns to 2012 form when he hit a healthier .273 with the same 19 home runs in 100 less at bats. What is almost certain is that he will steal more bases. New Reds manager Bryan Price has said that he wants Frazier to be more aggressive on the base paths.

Bottom Line: Frazier’s 2013 numbers represent a floor, so you know what the bottom risk is with him. However he could easily rise above those stats, and he is very likely to reach double digit stolen bases for the 1st time in his career.

Remember, none of these guys are to be reached for. But if they fall to you, enjoy the profits.