You are here: Home / Soccer / Vatican on High Alert 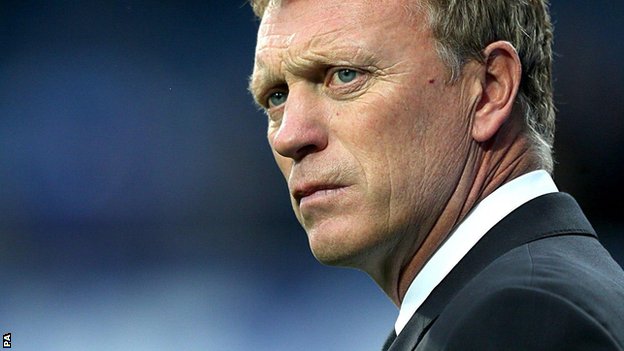 When Manchester United fans woke up Saturday they remembered that it had been since 1978 that the West Brom Albion had come into Old Trafford and defeated the mighty Red Devils; a defeat so traumatic Pope John Paul I died just a mere 33 days into his papacy. Today, the Vatican is on high-alert as the Albion defeated Man U 2-1 on goals from Morgan Amalfitano and Saido Berahino in the second half despite Wayne Rooney finding the net for his 5th goals in 5 games.This setback for United is the third loss in the Barclays Premier League this season–suffering losses to rivals Liverpool and most recently Manchester City–and has left many fans and new manager David Moyes scratching their heads.

To make matters more interesting, cross-town rivals Manchester City missed an opportunity to gain points on the weekend as they dropped their match to Aston Villa in Villa Park leaving the Gunners from Arsenal as the only team of the “Big 4” (that is more like 6) to come away with a win on Saturday. In the London Derby, Fernando Torres was shown a red card in the 81st minute against the Spurs from Tottenham and Chelsea was able to escape with a draw following a late John Terry header. The result guarantees Arsenal on top of the league table, 2 points clear of the Spurs with Chelsea and the surprising Southampton holding down the final Champions League slot–the season is early and we can all assume they won’t finish there despite their incredible start of 11 points in 6 games.

Sunday is an opportunity for Liverpool to gain some ground on the top of the table as they look to bounce back from a loss to upstart Southampton in a game against Sunderland that features the return of the highly controversial Luis Suarez to league play. Suarez returned for the game against Manchester United in the league cup earlier this week but was unable to find the net as last year’s Capital One Cup winners Liverpool were bounced from the league cup.Today, they’ll look to move back into the top 4 with a victory today as they have 10 points heading into today’s match, 1 point out of a tie with Chelsea and Southampton for the final Champions League spot and no matter the outcome, Arsenal will stay atop the summit of the table this weekend.