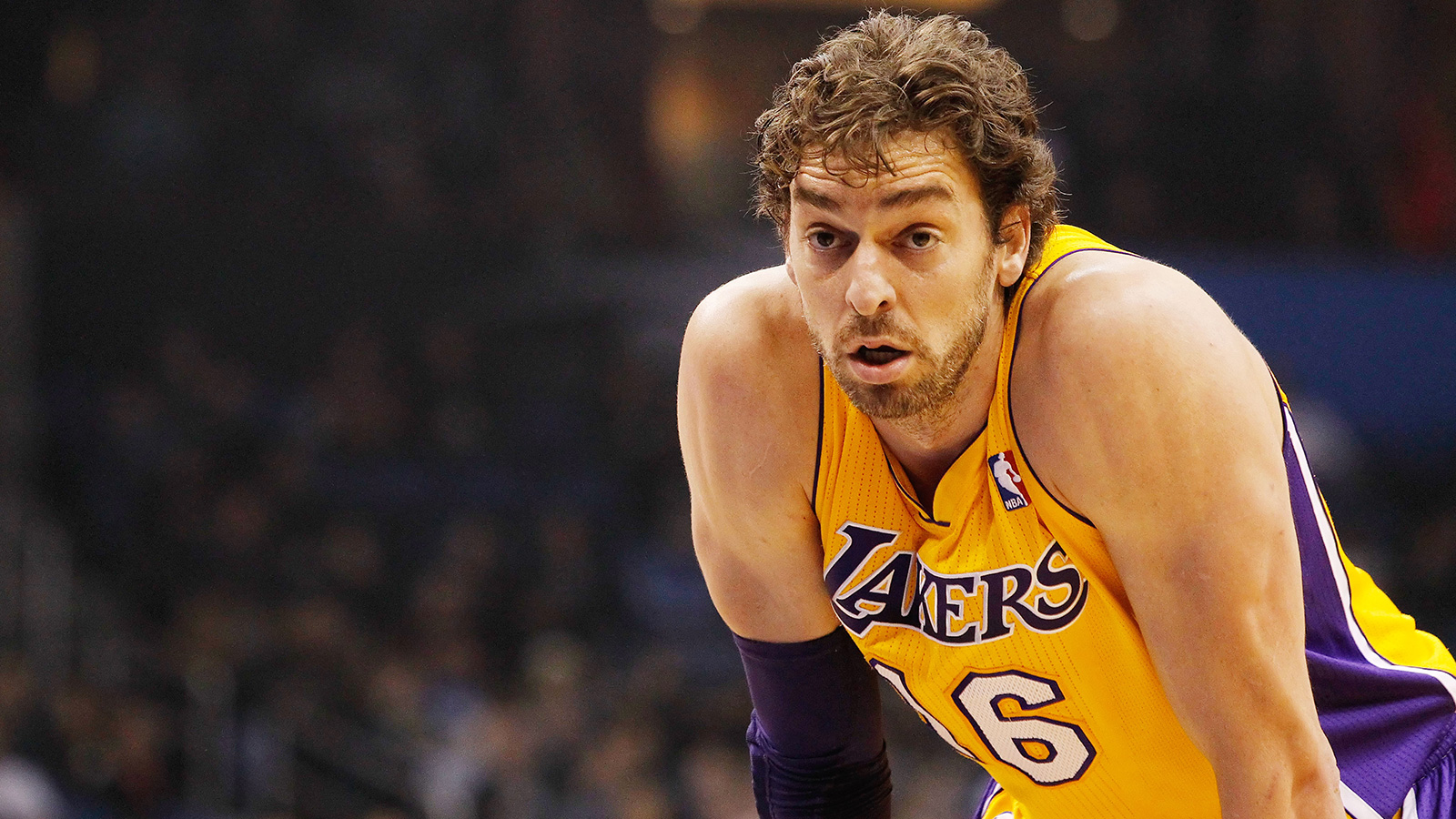 With NBA Free Agency in full swing, everyone is talking about where the big names of LeBron James and will rest their respective hats. We already know that LeBron is coming home  to Cleveland and await the news on Anthony shortly.  Another big, but less talked about player is Pau Gasol. Gasol can play a significant role anywhere and can help multiple teams. There are about four or five teams who have a realistic chance of acquiring him.

If Anthony does end up returning to the Knicks, there is a  chance that Gasol could end up signing there.  The system also works for Gasol, with Phil Jackson and former teammate Derek Fisher at the helm it is easy to see Pau wanting to play under these two– as well as with fellow countryman Jose Calderon.  Even with Carmelo, this team does not have the roster to win a championship right away so that might be what keeps him from signing there.

The one thing that is keeping the Lakers in the race for Pau is money.  Gasol says he wants to win but the money that the Lakers can offer might be too tempting to pass up.  Otherwise there is not much the Lakers have to offer, so Gasol might be more important to Los Angeles than vice-versa.  A sign and trade might be something Los Angeles has to consider.

The Bulls do have room for Gasol if they use their amnesty provision on Carlos Boozer.  He would pair well with Derrick Rose on the court.  Plus the Bulls might have the best passing bigs in the league if Gasol and Noah were to pair up.  The Eastern Conference is also a big sell being as weak as it is.  If Rose is healthy and they sign Gasol, they could be a contender next season.

The Thunder have been constant in their pursuit of Gasol since the beginning of free agency.  They were even considered a front runner at one point. Kevin Durant, Russel Westbrook and Scott Brooks have all had conversations with Gasol. The meager compensation the Thunder have available for Gasol is key deterrent.  Seeing is believing when it comes to Gasol taking a big pay cut and accepting the mid-level  exception.  Despite that, this might be the best fit for him on the court.  He will be able to play well with Westbrook in a pick and pop game but he can also score in the post.  Post scoring is something the Thunder need in addition to outside shooting.

This might be a long shot but how much scarier would the Spurs be with Gasol?  Adding him to the Spurs with all their returning players would take them to another level.  His passing abilities would continue to he ball movement that San Antonio is known for.  Like on the the Thunder, the pick and pop game with Tony Parker will be an effective combination as well.  Again money might cause troubles for this move, but one thing we have learned over the years is that we should never sleep on San Antonio.