You are here: Home / Basketball / Warriors fighting for respect as the 2019-2020 season approaches 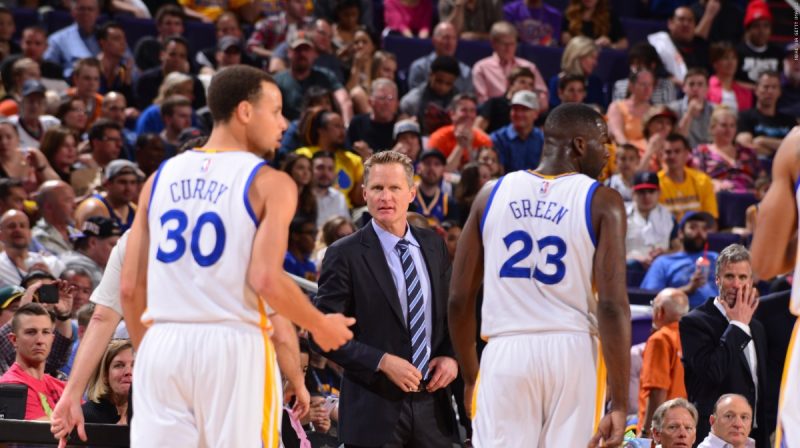 Basketball dynasties ultimately die. Fate, father time, free agency, exhaustion, injuries and a host of other factors all play a role in the arrangments that see multiple championship runs meet their conclusion.

The Golden State Warriors’ dynasty is dead. Or at least that’s what the narrative is as the NBA season inches closer after a summer of change in the Bay. Top sports betting sites far and wide are placing the three-time champs at under 50 wins without a realistic shot at homecourt advantage in the first round. But it’s very possible the dynasty isn’t in the ground just yet, although it would appear to be on life support at the very least.

Of course, topping the reason why many hear the fat lady singing for the Warriors is the departure of Kevin Durant.

Durant’s exit from the Bay, while not ideal, isn’t the franchise-crippling event that it would be for a lesser franchise. In fact, Durant acted like a game show host leaving the Warriors with a parting gift in the form of a sign-and-trade deal that allowed the Dubs to acquire D’Angelo Russell for their troubles. Russell will join as many as seven new Warriors next year as the team fights for respect after an injury-riddled NBA Finals that saw Kawhi Leonard effectively anointed as the dynasty killer.

Still, many seem quick to forget the electric force of nature Stephen Curry can be in a game and the sheer tenacity and obstinance of Draymond Green. They will not mail in the season and watch the teams in the West that have hated them for so long just pass them by without a fight.

Curry could be instore for another MVP-caliber season where he averages 30 plus and drains over 400 threes. His new backcourt running mate, Russell, is a capable playmaker himself and will be enough to keep defenses honest so that Curry won’t get double and triple-teamed extensively. The Warriors, even with Durant, were and are Curry’s team. A stark reminder of that is coming this season as long as he’s able to stay healthy. His ability to lead sets him apart from others in the elite tier of soon to be Hall-of-Famers who are still lacing them up.

Green keeps his ears close to the ground of the social media streets and embraces all the slander about him and his team in the wake of their loss to the Toronto Raptors. He will enter the season in the final year of his contract with hopes of signing a max deal in the summer. Motivation isn’t something the former second-round pick usually needs, but this season is sure to pour gasoline on his already burning need to prove people wrong.

While the Warriors will be without Klay Thompson for the majority of the year due to the knee injury he suffered in the NBA Finals, it’s possible he returns late in the year to fortify both the offense and defense. The trio of Curry, Green and Thompson were NBA champions once in a different time. Just how far removed from those times they are is something that still remains to be seen.

Given their championship pedigree, it’s hard to envision any western conference opponent angling to see them in the playoffs. The heart of a champion, even a wounded one, isn’t something to doubt. The rest of the league needs to stay woke or they could get surprised that the Dubs were actually buried alive and were waiting for the right time to claw their way back on top.