You are here: Home / Fighting / Wilder and Walters win in different fashions…what’s next for each 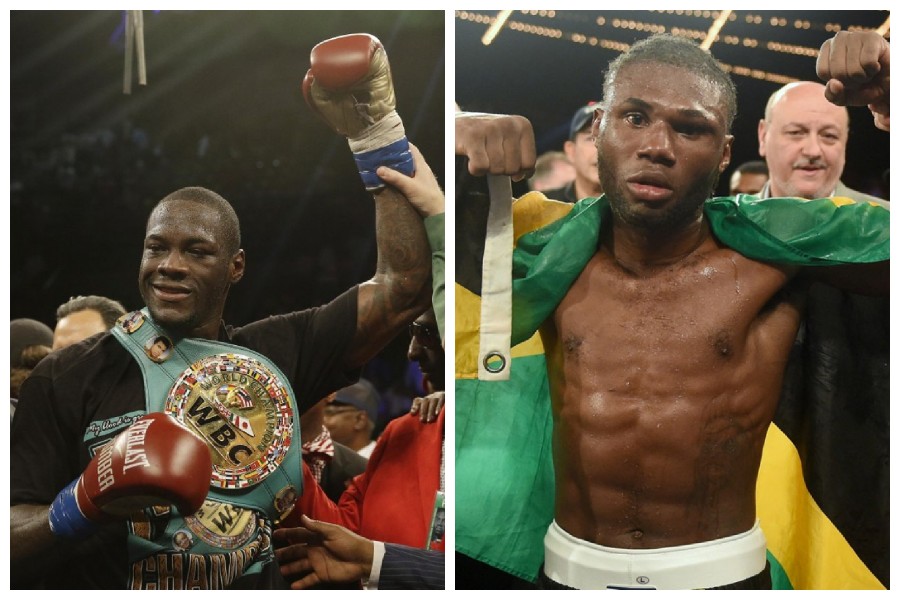 Deontay Wilder‘s first title defense as heavyweight champion ended as expected despite taking a little longer than most predicted. Wilder knocked out the very game and brave Eric Molina with a vicious right hand in the ninth round to earn his 34th win and 33rd by KO. Wilder dominated the fight  knocking Molina down multiple times before the final “night, night” right in the ninth round. Afterwards, Wilder congratulated and thanked Molina for being such a tough opponent and giving the fans in Alabama a good fight to watch.

As most fighters are, Wilder is very proud of his hometown and having the opportunity to box while defending his championship in Alabama was special for him. What’s next for Wilder remains to be seen. A partial unification bout with Wladimir Klitschko is what fans want but appears unlikely for the moment. That also is probably a good thing for Wilder who does appear to need a little more seasoning. Despite notching 34 wins, the level of talent of his opponents had been questioned until his last two fights. He’s for real but Klitschko is a different kind of animal in the division. Wilder may have to entertain his mandatory defense against Alexander Povetkin or look for a nice pay day with the always brash Tyson Fury before a fight with ‘Dr. Steel Hammer’.

On what was a busy Saturday evening in boxing Nicholas ‘The Axe Man’  Walters fought in New York against Miguel Marriaga from Columbia. Walters failed to make weight and ended up vacating his title and paying a little extra loot to Marriaga to continue on with the match. The crowd grew restless as the fight labored on to a 12-round unanimous decision in favor of Walters. There was action in the fight with both men landing huge punches throughout the night. Still it just seemed as if the much larger Walters should have been able to knockout Marriaga and that never happened.

Walters controlled the fight early with lefts to the body and then went to his patented right hand in the later rounds. He was able to plant Marriaga on the canvas in the ninth round but was unable to close the show in spectacular fashion. On the positive side of things he does look like he’s becoming a much more complete boxer as his jab and commitment to the body were really impressive throughout the night.

Walters may have outgrown the featherweight division as noted by the HBO boxing analyst as he hydrated all the way up to 145 pounds before entering the ring. But is he ready for the beasts that are in the welterweight divisions? That seems like a push and stops in the lightweight or junior welterweight divisions seem more likely. Vasyl Lomachenko and Terrence Crawford have been mentioned as potential candidates and there would be significant interest in either fight should they take place.