You are here: Home / Basketball / Will NBA Christmas deliver presents to fans? 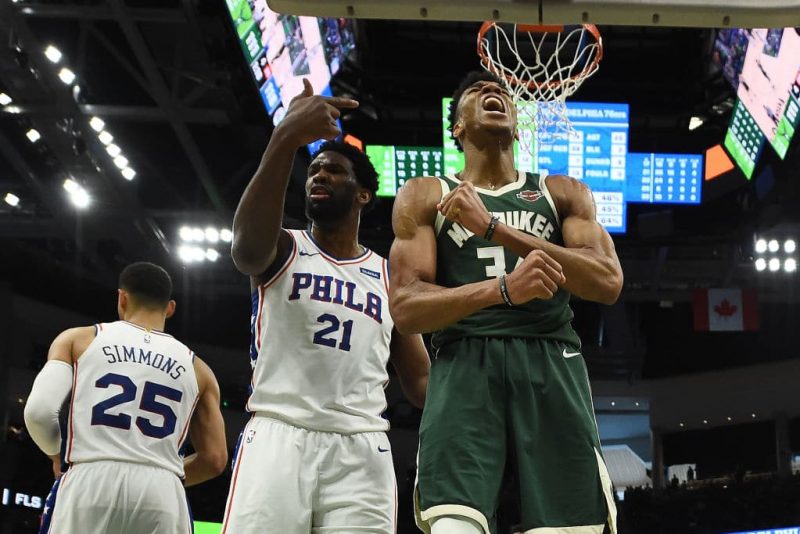 A new NBA season inches towards commencement in late October right in the middle of the NFL season. However, the association bides its time patiently waiting for the “casual fans” to gain interest and typically uses the Christmas Day games as the present to hook them for the long haul.

The 2019-2020 season has yet to be fully released but multiple reports trickled in outlining the league’s holiday slate. BetNow Sportsbook will have the lines on the five-game schedule featuring some of the league’s hottest teams and talent.

The headliner of the day is said to be the battle of LA as the Clippers take on the Lakers. It’s will be the second time the two teams meet in the season, but the league will pick the primetime slot to let this matchup simmer and gain the most viewership that day. The schedule mandates that they play four times throughout the season. It would be stunning if  LeBron James, Anthony Davis, Kawhi Leonard and Paul George matchups aren’t on national TV all four times their teams play.

The second most intriguing game in my estimation will be the Milwaukee Bucks vs the Philadelphia 76’ers. This will be dubbed as the Eastern Conference Finals preview by most. Giannis Antetokounmpo gets the shine he deserves as the reigning MVP on Christmas facing off against the combination of Joel Embiid and Ben Simmons. The Sixers have what many consider the best starting five in the league compared to the Buck’s improved depth. Outside of the Clippers/Lakers, this game should command the most attention that day.

The Golden State Warriors continue their run of X-mas day appearances despite losing Kevin Durant. The reconstructed Dubs will get a first-hand look at the Houston Rockets ‘MVP incorporated’ duo of James Harden and Russell Westbrook. We should have a very good idea of just how potent both teams are by this point in the season. The Christmas day nod of the Warriors signals that the league isn’t worried about their changed roster and many will want to tune in to see how Harden and Westbrook’s chemistry has developed.

Zion Williamson will make his Christmas Day debut with the New Orleans Pelicans taking on the consistently underrated Denver Nuggets. It’s clear the league wants to drum up the Zion fever and rightfully so. Still, the Nuggets won 54 games last year and were a game away from the conference finals. Nikola Jokic, Jamal Murray and company should be the draw but Williamson and all the ex-Lakers on the Pelicans will probably steal the pregame attention. This game should provide great insight into what will be in the Pelicans and what is right now in the Nuggets.

Finally, the Toronto Raptors will get to play on Christmas and it only took them winning the NBA championship to be recognized as worthy by the NBA. Unfortunately, they lost Kawhi Leonard which was the inherent draw to see them on this national stage. The Raptors are a proud organization but the ratings for this game will be aided by their opponent, the Boston Celtics. Last season was one of drama and disappointment in Beantown and the Celtics are a team many love and many love to hate. Kemba Walker is one of the league’s true good guys. He’ll be amped to prove his leadership accolades are well deserved as he attempts to steer Boston back into the contender lane.

Five games with intriguing storylines that are sure to capture the attention of the NBA fan base. Tune in on Christmas Day.