You are here: Home / Basketball / Winners: Three-Team trade between the Warriors, Celtics and Heat helps all involved 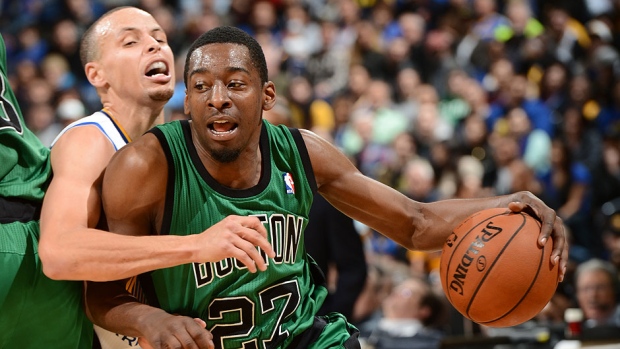 The NBA season has been filled with injuries, but to compensate for the loss of some of the game’s best players fans can enjoy the buzz taking place on the trade market.

The Boston Celtics have become the NASDAQ of the league trading and acquiring players/picks to aid in their rebuilding process. Their latest move involved the Golden State Warriors and Miami Heat. Here are the particulars from Yahoo’s Adrian Wojnarowski who first reported the deal:

The Warriors will send guard Toney Douglas to the Miami Heat, and Miami sends center Joel Anthony and a future first-round pick and second-round pick to the Celtics, league sources told Yahoo Sports.

Miami will send a first-round pick it owns from the Philadelphia 76ers to the Celtics, but that pick becomes two second-round picks should the Sixers miss the playoffs in 2013-14 and 2014-15. The Heat will save $11.5 million in salary and luxury tax with the unloading of Anthony’s contract. Anthony has appeared in just 12 games for Miami this season, averaging a little more three minutes.

Why the Celtics did it

Rajon Rondo is on the way back which greatly impacts the effect and need for Jordan Crawford. Boston’s acquisition of Jerryd Bayless in a deal earlier in the season completely opened the door for Crawford to be dealt upon Rondo’s return. Bayless and Crawford were just too similar and Crawford’s value around the league had reached its peak after posting career-high numbers through Boston’s first 39 games. Brooks couldn’t crack the rotation in Boston and basically becomes a throw-in piece for the Warriors to make the deal work financially.

Boston’s main purpose in this deal was to acquire more picks that can be used in subsequent trades as they rebuild. Unfortunately they had to take on Anthony’s contract to get the picks but it was the only way Miami would do the deal. Who knows…maybe Anthony becomes serviceable as a rim protector in Boston.

Why the Warriors did it

The Western Conference is truly wild and completely wide open. The Warriors have a why not us, why not now mentality and felt they just needed some depth in their backcourt to push them to the next level. With Crawford capable of playing both guard positions he will be able to spell both Stephen Curry and Klay Thompson. The Splash Brothers are logging career-highs in minutes and need to stay fresh throughout the season to have a true shot at the title.  Crawford and his new found ability to distribute gives Golden State an added play maker similar to what they lost with Jarret Jack a season ago.

Getting Brooks is just nice icing on the cake as insurance to some of their wings, but he isn’t likely to see a ton of minutes in the Bay Area. The best thing about this deal for Golden State is that if these players don’t pan out the way they hope, the Warriors can let them both walk at the end of the season. Neither player’s contract extends beyond July 1. How sweet is that?

Why the Heat did it

Pat Riley is one of the best there is in managing talent and salaries. That can’t be disputed. In shedding the contract of Anthony the Heat save somewhere between $9-$11 million approximately in luxury tax penalties. So the Heat shed the contract of a player they weren’t using without having it still count against their cap.

They get the well-traveled Toney Douglas who could either be waived or stick as a third point guard. Chances are Douglas hangs around to give their banged up backcourt some depth. He can shoot the three and can fit into their fast-paced offense while playing average defense on the perimeter.  Some suspect the Heat aren’t done tinkering and that’s probably a wise assessment concerning the defending champions.

When all is said and done, Boston probably is the biggest loser of the deal because they don’t have guarantees on where their draft picks will be, but that is glass half empty thinking. Overall all three teams did what they set out to do and should be happy with the results of this deal in the end.